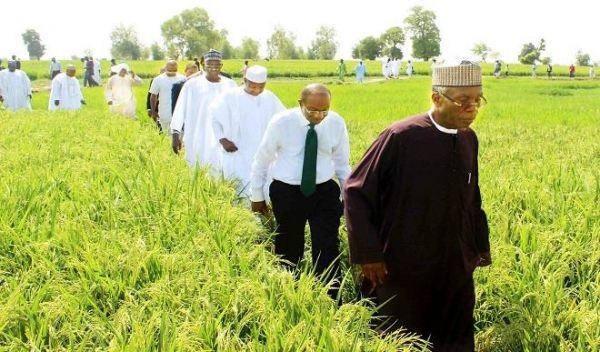 News Investigators/ The Deputy Governor of Kano State, Nasiru Gawuna, says about 20,000 farmers in the state have benefited from a special Federal Government agriculture enhancement programme.
The federal government introduced Agro Processing Productivity Enhancement and Livelihood Improvement Support (APPEALS) project to boost food production in the country.
Mr. Gawuna stated this at the inauguration of the Pre-6th Implementation Support Midterm Review of the APPEALS Project and Zonal Wrap-Up meeting on Wednesday in Kano.
He said more than 10,000 rice, wheat and tomato farmers would be trained on modern techniques to encourage productivity, processing and farmer enterprising skills to add value to the produce.
The deputy governor said that 6,344 farmers were also trained while 1,700 youth and women as well as persons with disabilities exposed to poultry and fishery productions.
The trainees, he said, would be supported with economic strengthening equipment to enable them to set up their businesses, encourage agricultural activities and boost state revenue base.
“APPEALS is designed in line with the Agricultural Promotion Policy (APP) of the Federal Government, it is contributing to the agriculture policy thrusts of the Kano State Government.
“It is centered on food security, support to local production, job creation, economic diversification and improved revenue generation through agriculture.
“Kano State Government is committed towards supporting local production through provision of improved inputs to achieve increase productivity and marketing of agricultural produce,” he said.
While urging the beneficiaries to use what they learnt to improve their production, Gawuna reiterated continued government support to the programme to enable it to achieve its objectives.
The APPEALS National Project Manager, Salisu Garba, said the programme being implemented in six states across the country was initiated by the Federal Ministry of Agriculture and Rural Development and the World Bank.
Mr. Garba said the project has recorded significant successes in terms of technology adoption and farmer support services in Kano state since inception in 2016.
He explained that the 5-day meeting was designed to appraise project implementation in all components, adding that the participants were drawn from Cross River, Kano and Kogi states.
The News Agency of Nigeria (NAN) reports that the deputy governor accompanied by the project officials inspected a 50-tones capacity preservation facility at Tomato Aggregation Centre, Kwanar Ungogo, and a wheat bakery cluster in Dala Local Government Area of the state. (NAN)