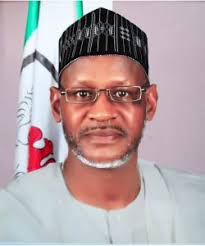 By Sadiq Umar – The Federal Government has directed payment of outstanding allowances of the warring staff members of the National Population Commission, just as it mandated the union and staff to convene social dialogue to calm fray nerves.

Minister of Labour, Chris Ngige, who intervened in the crisis between management and staff of the Commission also directed the Director-General, National Population Commission (NPC) Ghaji Ismaila Bello to resume work on Monday, January 29.

Earlier, Secretary to the Government of the Federation, Boss Mustapha had directed that the crisis over agitation for payment of outstanding staff allowances be resolved.

The aggrieved unionists had kicked against the re-appointment of Dr. Ghaji as Director-General after the expiration of initial four-year tenure, accusing him of failing to pay outstanding emolument and allowances.

The Director General had explained that the Commissioned could only have paid if fund were released to it.

Mr. Ngige explained that the appointment of Dr. Bello by the President Muhammadu Buhari was in line with Section 171 of the Constitution of the Federal Republic of Nigeria.

“The meeting agreed that greater attention be paid to the clearance of the outstanding staff allowances such as repatriation, burial, duty tour, among others.

“It is, therefore, resolved to dedicate at least 20 per cent of the first quarter and subsequent overhead costs releases toward achieving this.

“It was further resolved that the commission should commit more effort toward staff capacity building in order to enhance productivity.

“The meeting also resolved that the staff and unions in the commission through scheduled meetings should hold social dialogue to diffuse tension and tackle areas of differences,” he said.

He said the meeting resolved that the posting of a director to Lagos State by the Human Resources Directorate of the commission stands.

Mr. Ngige said it was resolved that the officer be allowed to assume duties and be given necessary support to discharge his responsibilities.

He added that any complaints on his discharge of duties should be communicated to the Chairman of the commission after an intervening period of three months.

Mr. Ngige, however, said that a committee had been set up to identify the commission’s landed property in Lagos and the accruable revenue from rent spanning a period last five years

He noted that the committee was expected to turn in its reports in two weeks.

“In the same vein, the unions are to take back the conclusions of the conciliation meeting to their respective members and workers in order to be apprised of the development and the outcome of the meeting.

“While a period of 60 days was given to all parties to monitor and evaluate the implementation of the agreement.

“The meeting resolved that no worker should be victimised or harassed for his or her role in the conciliated Trade Dispute,” he said.

In attendance were the Chairman of the commission, Eze Duru Ihuoma and the Director-General, Dr Ghaji Bello.

Others were some NPC State Commissioners, Directors, leaders of the four Trade Unions in the commission, among others.