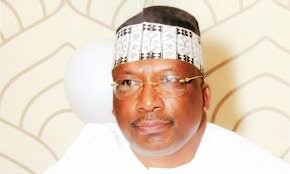 By Sadiq Umar – The Federal Government has restated its commitment to ensuring free, fair and safe polls in the forth-coming general elections, even as it warned against bearing arms at rallies or elections.

The Minister of Interior, Abdulrahman Dambazau disclosed in Abuja that security agencies have been directed to provide adequate security for the security of lives and property.

According to Mr. Dambazau, a retired Lieutenant General, “President Muhammadu Buhari is committed to free and fair elections in 2019 and this can only be possible if politicians give peace a chance by avoiding all forms of political thuggery and violence in their struggle to get elected”.

In a statement by Director, Press and Public Relations, Mohammed Manga, the minister warned against possession of weapon during and after elections, noting that “it is prohibited for anyone to possess any type of weapon (s) during rallies or elections, the violation of which will attract arrest and possible prosecution. The Nigeria Police has been directed to ensure enforcement of law and order during such events”.

He therefore advised youths in the country not to allow themselves to be used by desperate politicians who want power at all cost and may influence them into political violence over little gratification, at the detriment of their lives and future.

The Minister commended security agencies in the country for their efforts at curtailing insurgency in the North East and all other forms of criminalities, while further assuring Nigerians of adequate security visibility to neutralise all forms of security threats that may occur, before, during and even after the general elections.

Mr. Dambazau therefore urged Nigerians to remain calm and go about their legitimate businesses as they await the peaceful, free and fair elections.