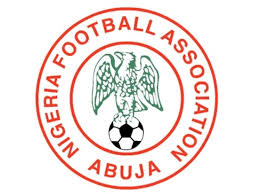 By Olusegun Emmanuel, Abuja.
Piqued by the revelation of an alleged monumental fraud and gross misappropriation of funds by the Aminu Maigari-led Executive Board, the Federal Government has stopped direct release of monthly allocation to the Nigeria Football Federation (NFF).
The recent crisis in Brazil over World Cup bonus row compelled the Federal Government to beam searchlight into the finances of the NFF in the last four years.
It was gathered that there was a directive from the Presidency that the Minister of Sports, Tammy Danagogo, should henceforth monitor release of funds to the NFF to ensure judicious use.
Consequently, the sum of N253 million being monthly allocation for July was released to the National Sports Commission (NSC) for onward release to the NFF on instalment basis as the Minister may deem fit.
“That so called Glass House stinks. With what we have discovered in that place, you don’t expect us to fold our arms while people misuse government funds in the name of the Federation autonomy.
“Can you imagine that Maigari requested for about N150 million to furnish the new NFF building, (Sunday Dankaro House) when indeed, Sani Lulu-led board left $1 million in the NFF account specifically for that purpose.“How do you expect government to continue to condone such fraudulent and act of irresponsibility,? a top official in the Federal Ministry of Finance told our reporter on condition of anonymity.
The source however said direct allocation could be restored to the NFF only when government is convinced that those at the helms of affairs will be accountable and responsible.
The ousted NFF President, Aminu Maigari, is being asked to account for the fund released by the Federal Government for the World Cup, the money released by FIFA for the World Cup and the over one billion left in the NFF coffers by the Sani Lulu Abdullahi-led board.