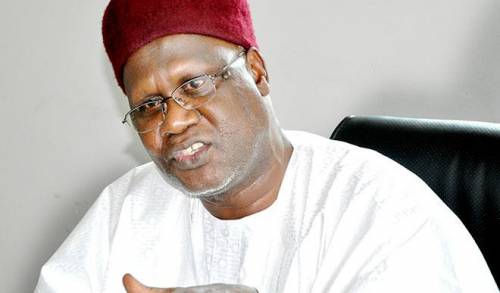 By Our Correspondents: These are odds moments for Dr. Shettima Bukar, acting Chairman of the Federal Character Commission (FCC). The FCC boss who dual as the federal commissioner representing Borno state is being accused of misappropriating funds meant for the agency. The money in question was the N800million capital votes in the 2016 budget of the Commission. 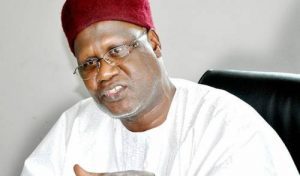 Dr. Shettima has been dragged before the Economic and Financial Crimes Commission (EFCC) and the Independent Corrupt Practices and other related Offences Commission (ICPC) by concerned stakeholders who accused him of sharp practices in the award of contracts for the construction of office buildings across the six geo-political zones in the country. Specifically, the allegations bothered on the awards of contracts for the renovations and constructions of new offices. For instance, the contracts for the building of new office block in Gombe at the cost of N56million, Ondo state at the cost of N46million and renovation of office buildings in Ekiti and Bauchi awarded at the cost of N13million and N7million respectively.

In January, this year, Dr. Shettima was summoned by the EFCC to answer to the charges of monumental sleaze. After few hours of grilling, he was released with an advice to make himself available whenever further interrogation is required. But that may well be for asking, the embattled FCC boss, News Investigators learnt, is now making frantic efforts to bury the case. The Commission was established to implement and enforce the Federal Character principle of fairness and equity in the distribution of public posts and socio-economic infrastructures among the various federating units of the Federal Republic of Nigeria.

Only recently, the Commission was buffeted with allegations of nepotism and favoritism in the recruitment of staff to the Central Bank of Nigeria (CBN), with accusing finger pointing directly to Dr.Shettima, under whose purview CBN’s staff recruitment falls. Prior to his appointment as the acting Chairman in January, 2016, Dr. Shettima has been in the Commission as representative of Borno state. He was nominated to replace Alhaji Muhammed Bello Alkali, the then acting Chairman and Commission from Kebbi state who die shortly after his appointment.

One of the first restructurings carried out by Dr. Shettima was the creation of the Committee on Financial Services, considered to be “juicy” and then domiciled its control exclusively under the office of the chairman. Agencies under the financial committee include the CBN, Nigerian Deposit and Insurance Commission (NDIC), Security and Exchange Commission (SEC). Appointment into these agencies are done by the chairman without recourse to 35 other Commissioners from other states and Federal Capital Territory (FCT). One of such appointments was the recent recruitment into the CBN found to have been done in flagrant breach of due process and has put to question the integrity of the Commission and indeed that of the Muhammadu Buhari led administration, that has largely been defined by its anti-corruption stance. CBN in a questionable circumstance secretly employed 91 children and relatives of politically exposed persons.

Those secretly employed include relatives of top government officials and party members whose children or relatives were hired in secretly hired by the bank include President Muhammadu Buhari, whose niece was employed; former Vice President Abubakar Atiku; Mamman Daura, a close ally of the president; Inspector General of Police (IGP) Solomon Arase; the Minister of State for Petroleum Resources, Ibe Kachikwu, whose sons were hired, and the Minister of Interior, Abdurahman Danbazzau. The FCC’s handling of the appointment cast a dark shadow on the government.

He also ensures that recruitment into the Committee on Judiciary which covers EFCC, ICPC, National Judiciary Council (NJC), Code of Conduct Bureau (CCB) among others is controlled exclusively by the Chairman’s office.

Ordinarily, the Commission operates under operational committees divided the 37 Commissioners including FCT. In all 24 committees are to care of MDAs with similar functions such as the committee for universities that takes the whole of the universities. All these committees take care of all these MDAs, subject to the overall approval of the enlarged body. However, the Committee on Financial Services handled by Dr. Shettima reports to no one. Hence, its propensity for abuse.

Cornered by a reporter to explain the controversial employment at CBN, Dr. Shettima in an interview meandered but instead retorted: “What we discovered was that the last nominal roll we got from the CBN was that of 2012. When they recruited in 2013, they claimed they targeted special cadre – nurses, doctors, radiographers and staff not related to financial aspect. They recruited little by little up to 2015 about 275. Between 2014 and 2015, they recruited another 236, bringing it to 513. That is what we have in our record. But when we inquired about the rest, they now explained, which I understood with them, we gave them permission to recruit junior staff from their local branches in all the 36 states. They told us they took those people from those areas. We asked them to give us the nominal roll for those people to make up the 909 they recruited. So, that is what we are waiting for now.”

Most recently, he was also accused of favouring his loyalists and cronies in the Commission with speedy promotions. An online newspaper, SaharaReporters had published damning report on how Dr. Shettima Abba, based on the recommendations of a committee on staff progression, catapulted his loyalists and cronies to positions ranging from two grade levels above their present ranks to Directorate levels in deference to laid down Public Service Rules. Yet he once boasted in an interview that “there must be equity, fairness and transparency in the recruitment process, thereby all Nigerians are given the chance to participate and be employed. The acting FCC boss had also boasted how he took DMO, DPR and FAAN to court for flouting the Commission’s rule.

Investigation shows that the embattled acting chairman is now running from pillar to pole to save his job. After his interrogation by the anti-graft agency, he had sought the intervention of the Minister of Interior, Gen. Dambazzau (rtd) to help stem the tide from EFCC. Dambazzau, was accused of being a beneficiary of the employment racket carried out at the CBN. It was further learnt that the Chairman of EFCC, Ibrahim Magu, is now under pressure to play down on the petition against Shettima.

Spokesman for the Commission and Personal Assistant to the Chairman, Idris… however, dismissed the allegations against his boss as baseless. According to Mr. Idris who claimed he was not aware of the petition against the Chairman, all issues relating to the N800million capital projects were scrutinized by the Senate Committee and were found to be in compliance with laid down procedures. “The Senate found out that there was nothing done that was not approved. The awards were done openly, everything was transparent, it went through the procurement procedures. So, l can tell you we have no skeleton in our cupboard,” he said in a telephone interview.

Mr. Idris who was the Union leader in the Commission until his appointment as P.A to the Chairman, said his boss decided to personally take charge of the committees on financial services and judiciary because the committees were inactive. “The financial services committee did not live up to expectation, so the chairman decided to move in to clear the malfeasance if any, and very soon, he will relief himself of the position once he can have a capable hand for the two committees,” he quipped, wondering why Dr. Shettima would be accused of nepotism when in fact, seven out of eight recent promotion to Assistant Director cadre were from the south. Giving a breakdown of the promotion done before the appointment of the chairman, he said six were from south east, one from south west and one from north central. Also, from the deputy directorate cadre to directorate cadre, 17 persons were elevated from north central, 14 from north east, 14 from north west, 26 from south east, 12 from south south and 17 from south east and that was before the Ms Bodunde report. He explained that the acting chairman indeed set up a Bodunde committee and six others to look into complaints of staff stagnancy and when the report was submitted, the chairman subjected it to a review done by the Mohammed Magodi committee whose white paper is still being awaited. “If that report is what people are talking about, it is unfortunate because it has not yet been implement. And beside, the Executive chairman has the power to appoint anybody he pleases as Personal Assistant, even when l since l was appointed, l have remained on level 14 salary, nothing has been added,” explained Idris who was responding to accusation that he was promoted above his level as compensation for rallying union support for the acting chairman.

What is clear at the moment is that things are no longer the same for the FCC boss. Whether he will be quench the raging inferno that is heating at FCC, by such official interference in the course of justice, only time will tell.