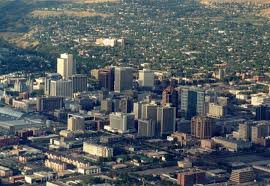 The FCT Director of Land Administration, Adamu Hussaini made this known on Tuesday in his office, at Central Business District, Abuja.

Hussain said FCTA had identified several undeveloped plots of land in serviced districts of the Phases I, II and III of the Federal Capital City, Abuja.

The director said the directive to the owners of undeveloped plots of land was one of the highpoints of the Federal Capital Territory Executive Committee (FCT EXCO) meeting held recently.

“The allottees of plot(s) of land within Phases I, II and III of the Federal Capital City (FCC) that have been serviced with Infrastructure should take major steps to develop them or have them revoked,” he said.

He said the FCT EXCO frowned at non-development of such plots, adding that government had expended huge amounts of money to open up those districts by providing the engineering infrastructure and would not afford for it to be left fallow.

“The FCT EXCO uses this opportunity to remind the public, particularly the affected allottees that their failure to carry out development of such plot(s) contravenes the terms of Rights of Occupancy (R-of-O) accepted by the allottees.

Mr. Hussaini warned that affected allottees must do something drastic to avoid impending revocation, due to non-development of such property.

He stressed that FCTA had therefore, given such allottees a grace period of three (3) months to commence meaningful development or have such plot (s) revoked. (