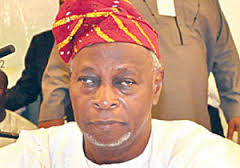 By Nuel Suji – Abducted former Secretary to the Government of the Federation, Olu Falae, Thursday regained freedom after three days of captivity, even as Inspector General of Police, Solomon Arase, said no ransom was paid to the kidnappers. 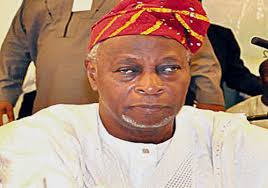 Falae was abducted in his farm in Akure, Ondo state on Monday by unknown gunmen who reportedly demanded for N100million ransom for his release, an amount that was later reduced to N90million by the kidnappers.

The former SGF returned to the embrace of his family Thursday afternoon accompanied by the IGP after being freed from captivity.

President Muhammadu Buhari had mandated the Police to ensure the release and safe return of the elder statesman to his family.

Arase did not state whether arrest have been made, however, he noted that security challenges like the kidnap of the elder statesman are and emerging trends, which are not peculiar to Nigeria.

“It is a global thing. We are going to devise strategies to ensure that hoodlums cannot overwhelm a state. It is not possible.

“We will continue to disgrace them; we will continue to catch them. Right from Monday when he was kidnapped, policemen had been working underground. No ransom was paid. I will let you know if anybody was apprehended later,‎” the IGP said.

Recounting his ordeal to Governor Olusegun Mimiko, Falae, who refused to speak with journalists, said he had a bad experience from his abductors and that he was made to sleep on the floor for the three days he spent in captivity.

Governor Mimiko expressed happiness of the people of Ondo state over the safe return of the former SGF, saying, “we are happy and grateful to God that he returned safe and sound.‎”

“So, we thank God he is back. Naturally, one is also worried that issue of kidnapping is taking another dimension in Nigeria, for a person of his pedigree, he was taken from his farm,” the Governor said.