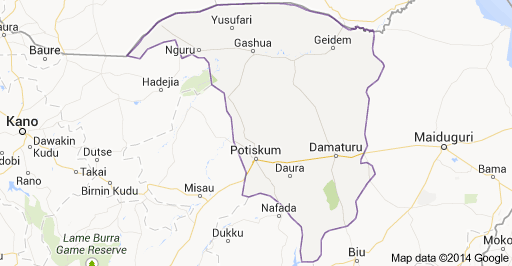 An  explosion has reportedly occurred in an area near the town of Damaturu in northeastern Nigeria where fans had gathered to watch a World Cup soccer match on Tuesday, a security source confirmed.

Though, casualty figure could not be ascertained, eyewitness said, a crowd that gathered to watch a game in the World Cup which is currently going on in Brazil were affected by the blast.

“There was an explosion outside a soccer viewing centre here in Damaturu at around 20:15,” Sanusi Ruf’ai, Police Commissioner for Yobe state confirmed. Our men have deployed to the scene but it’s too early for us to give details,” he added.

No group has claimed responsibility for the attack yet, but a lot of observers have been quick to suggest that Boko Haram masterminded the attack.

Yobe is one of the states that is currently under a State of Emergency declared by President Goodluck Jonathan.