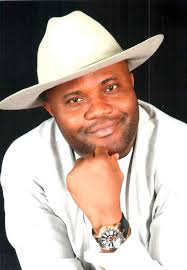 The National Chairman,  Labour Party,  Mr. Dan Nwanyanwu may have concluded plans to move to the ruling Peoples Democratic Party PDP, even as he resigned ahead of October 4, 2014 national convention of the party.

Nwanyanwu who spoke with journalists Wednesday in Abuja after the meeting of the party’s National Working Committee, said he was not leaving to join another party. He however added that game of politics is dynamic.

He explained that his resignation was to allow another person to lead the party after serving two terms as the national chairman.

“I am not leaving to join another political party.  I am only leaving because I feel it is time for other person to come and contribute to the development and growth of the party.  I still believe in the ideologies of the party,” Nwanyanwu said.

Sources at the meeting told News Investigators that the outgoing national chairman has concluded plans to move into PDP alongside with Ondo Governor, Dr. Olusegun Mimiko.

“A lot of consultations have taken place, and l can tell you that our chairman had sought and got the approval of the major stakeholders to move into PDP to work for the reelection of Jonathan,” sources close to the chairman said, adding. ” of course you are aware, PDP has been our ally.”

Earlier, Nwanyanwu had told News Investigators thus: “We are part and parcel of the making of the president and until that tenure expired, Labour Party will not fight the president…because we have wolves all over the place who believe they must take the presidency by force. They can’t take it by force. And if you say l’m a friend of the president, why not, l’m also a friend of President Olusegun Obasanjo.”

The resignation of Dan Nwanyanwu was coming amidst the growing speculation that the only Labour Party governor,  Dr Olusegun Mimiko of Ondo state will defect to PDP soon as many Nigerians have labeled the party as annex of the ruling party.