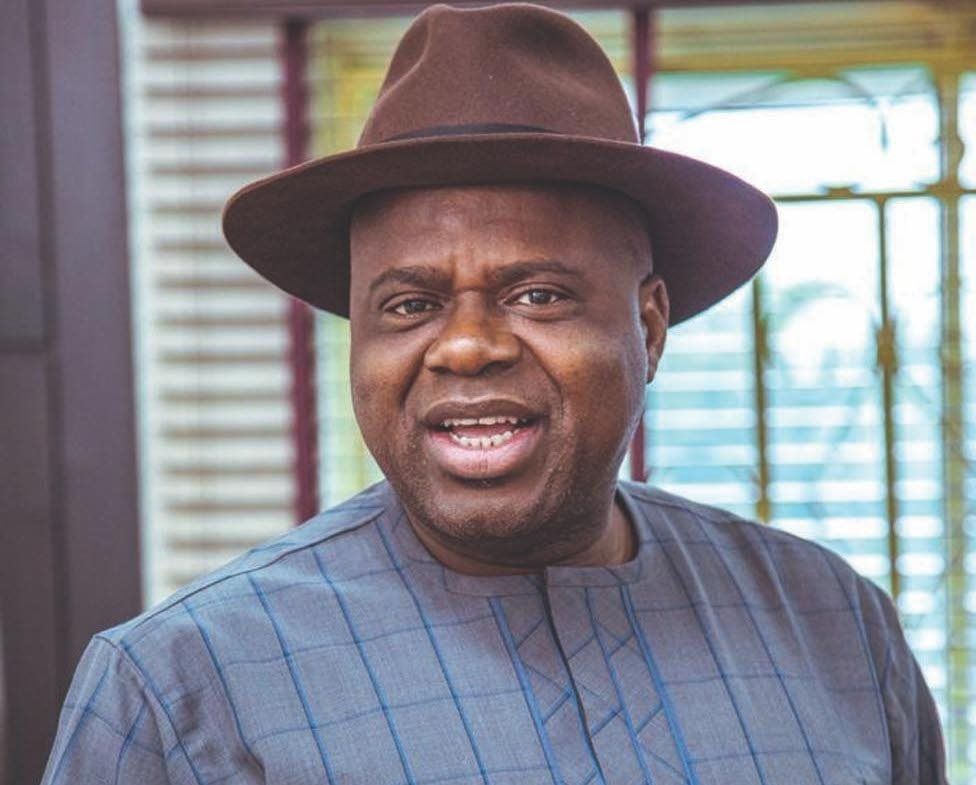 The impeachment plot comes amidst growing concerns by prominent politicians in the state that the Diri administration may have been hijacked by one Anambra-born businessman simply called Honourable Africa who is touted as his front.

The plot to unseat the deputy governor reportedly began shortly after the dramatic swearing-in of Governor Douye Diri barely twenty four hours after the Supreme Court sacked Governor-elect David Lyon of the All Progressives Congress (APC) and his deputy over forged documents.

Shortly after Mr. Diri’s swearing-in, he visited Jonathan in Yenagoa, seeking the former president’s support to run his government.

Sources close to the former president said Mr. Jonathan had listed Ewhrudjakpo’s substitution with Mr. Turnah as a major condition for lending his support. The deputy governor had served as Works Commissioner under former Governor Seriake Dickson. Jonathan and Dickson, even though both in PDP, belong to rival political camps.

Since Jonathan’s proposal, investigations reveal, Governor Diri has been systematically distancing himself from his deputy, including stripping him of certain responsibilities.

Mr. Jonathan’s godson is not without blemish. In March 2017, the Economic and Financial Crimes Commission (EFCC) arraigned Turnah and seven others on a 12- count charge of laundering over N810 million belonging to the NDDC.

Mr. Jonathan is said to believe that Dickson worked against his re-election in 2015, and sabotaged him even after leaving office as President, hence the need to exact revenge.

Said one of the sources, “Forget his gentle disposition. Jonathan is a very vindictive man. He likes to serve his vengeance cold. He feels that since Dickson hurt him in the past, he has to look for a way to exact his pound of flesh. And the heaviest pound of flesh he can exact from Dickson about now is to go after the deputy governor.”

He, however added, “The only problem is that Governor Diri is too smart to buy into that. To begin with, I don’t think the deputy governor has done anything wrong to warrant impeachment. And don’t forget he was the one who initiated the suit that sacked David Lyon and brought them victory. But for that suit, nothing would have stopped Lyon from being governor today”.

Mr. Turnah, a former Special Adviser on Youth Empowerment to Dan Abia during his days as Managing Director of Niger Delta Development Commission (NDDC) is not only from Kolo in Jonathan’s Ogbia Local Government Area of the state, but is also considered the former President’s political godson.

On the alleged hijack of the Diri administration, another source said “Honorable Africa practically determines who gets what, where, when and how”.

He continued, “Shortly after the swearing in, Africa moved into Government House. There’s no meeting Governor Diri holds behind Africa’s back. He’s more powerful than the SSG, Chief of Staff and deputy governor combined.

“He’s a throwback of the Governor Timipre Sylva era where another Anambra son Prince Nicholas Ukachukwu took over the running of governance in Bayelsa State”, stressed the source.

News Investigators’ investigations revealed that the Jonathan camp may have strategically aligned with Africa to greatly whittle down the powers of the deputy governor, therefore making him irrelevant.

“They know that the deputy governor is a very intelligent and experienced, and that they cannot easily control the governor with him around. So, the best thing is to sideline him, or completely remove him so they can feast on the resources of Bayelsa State,” he declared.

A former member of the House of Representatives from the state wondered aloud how Jonathan whom he said betrayed former Governor Diepreye Alamieyeseigha would be scheming to make another Ogbia son deputy governor.

“We protested when Alamieyeseigha nominated Jonathan as deputy, knowing fully well his penchant for treachery. He didn’t even allow a push come to a shove before betraying the Governor-General. God forbid Governor Diri make such a mistake at this crucial time”, he said.

Apparently to shroud the plot, added the source, Jonathan on Sunday publicly declared his withdrawal from partisan politics. He made the promise at the inauguration of the PDP state executive committee in Yenagoa.

“Jonathan thinks he is very smart. After lining the Government House with bobby traps and land mines, he’s come out to declare that he’s retiring from politics, so that when his machinations begin to unfold nobody will call his name.

“Jonathan was at the PDP event only in body. He has managed to redeem his soul, which he sold to APC before the election, and resold same to Accord Party where he’s working round the clock with the party’s guber candidate, Diriyai Ebizimor, to void PDP’s victory at the tribunal,” declared the chieftain, adding, “but God has exposed his anti-party activities”.

Chief Press Secretary to governor Diri, Daniel Alabra said he does not want to be quoted on a matter he knows nothing about. “I do not respond to speculation, ” Mr. Alabra said.

The former President’s spokesman Mr. Ikechukwu Eze could not be readily reached for comments.