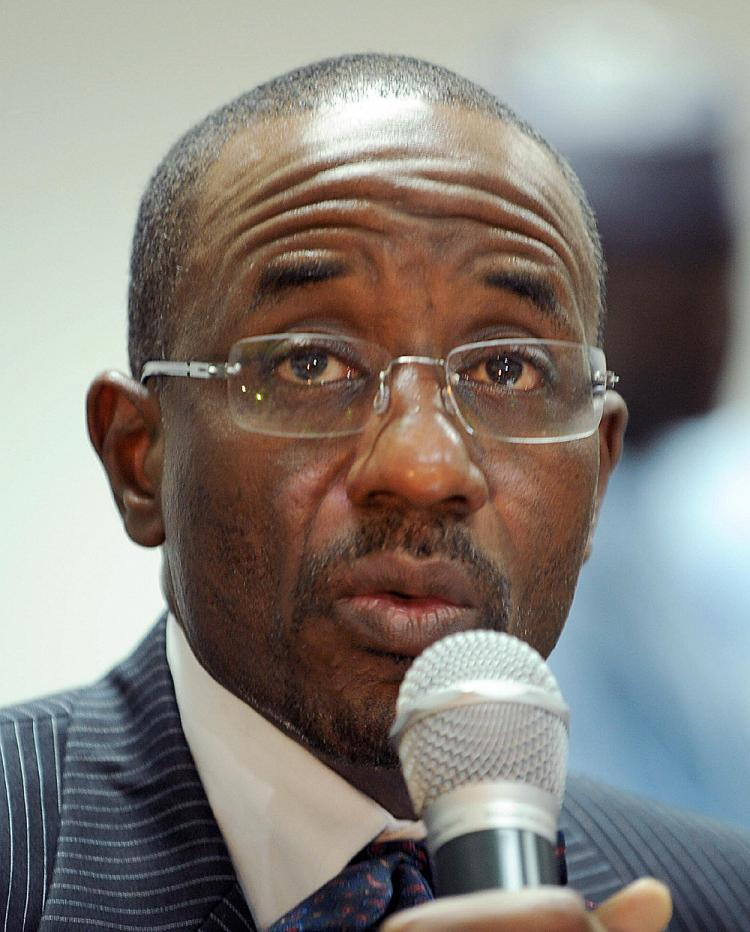 Governor of the Central Bank, Mallam Sanusi Lamido Sanusi expressed worry over the decline in the nation’s oil revenue, saying  the excess crude savings have fallen from about $11.5 billion at year-end 2012 to less than $5 billion on November 14.
The CBN governor said while federal government spending overall in 2013 has not been significantly higher than in 2012, oil revenues have continued to decline in spite of the relative stability in oil price and output when compared with preceding years.
Sanusi who spoke to journalists at the end of the Monetary Policy Committee meeting in Abuja said the Committee was targeting to keep inflation at 6-9 percent in 2014.
According to the committee report, “External Reserves have remained in excess of $45billion only because of a massive inflow in portfolio funds. The implication of this is that financial markets are extremely fragile and susceptible to external shocks” Sanusi said.
The Central Bank of Nigeria (CBN) yesterday retained all monetary stance, as part of plans to ease the expected pressure on the system as election spending heightens next year.

The Monetary Policy Committee (MPC) is also targeting to keep inflation at 6-9 per cent in 2014.

The outlook for 2014, the MPC said however portends some potential headwinds that may lead to further tightening in monetary conditions.

He said the year 2014 being the year in which election spending is likely to take place domestically, thus bringing more pressure to bear from the fiscal side. As a result, the MPC says it was of the view that Nigeria is “not yet at the end of the tightening cycle and may need to tighten further in response to these eventualities next year.”

Also, the committee expressed concern at the massive depletion of the Excess Crude Account (ECA) and called on the fiscal authorities to rebuild buffers in the excess crude account.

However, he said the committee “formally adopted an inflation target of 6-9 per cent in 2014 and reaffirmed its commitment to moving Nigeria firmly into being a low-inflation environment in the medium term. However, the MPC recognizes the high cost of rapid adjustment and plans to make the transition gradually.”

Regards the depletion of the excess crude account, Sanusi said the MPC called on “the fiscal authorities to rebuild buffers in the excess crude account, and this can be done by blocking fiscal leakages in the oil sector and increasing oil revenues. Clearly, the major risk on the fiscal side at present is not one of escalation of spending but loss of revenue from oil exports.”

Sanusi added that “the erosion of the fiscal buffers through the depletion of the ECA has further exposed the economy to vulnerabilities while the fall in oil revenue has left capital inflows as the only source of external reserves accretion.”

According to the CBN governor, the Federal Government debt “has also risen phenomenally along with its deposits at the deposit money banks, showing the Government as a net creditor to the system. This underscores the urgent need for the immediate implementation of the Treasury Single Account. The continued delay in returning government accounts to the Central Bank is adding to the huge cost of government debt due to poor cash flow management.”

External reserves he disclosed increased by US$0.95 billion or 2.14 per cent on a year- on-year basis over the US$44.47 billion at end-November 2012. The Committee he said was disappointed at the low rate of reserve accretion in spite of strong oil prices; which is a result of the absence of fiscal savings.

The MPC also noted that AMCON is expected to reduce its debt by N1 trillion in December 2013. As such, the CBN has directed that AMCON redeem its Bonds for cancellation by exchanging them for FGN Treasury Bills on its books.

Consequently, the only impact of the repayment according to Sanusi was that the Balance Sheet of AMCON (and the contingent liability on the FGN from its guarantee of AMCON Bonds) will shrink by N1 trillion.

This he noted is positive for the economy and the credit rating of the FGN and the banking industry. Its impact on the markets he explained “will be minimal given that only AMCON’s Balance Sheet is affected significantly and AMCON is not a player in these markets.”