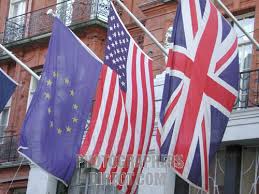 The governments of the United States and United Kingdom have warned against “deliberate political interference” in the collation of the March 28 election results in Nigeria.

Similarly, the European Union (EU) parliament said it would reject any attempt to gain “political advantage” outside the already decided wishes of Nigerian people as already expressed in the last Saturday elections.

Representative of the European Parliament, Javier Nart, said though, it said it hadn’t seen any system violation in the conduct of the election so far, it warned that the collation stage is very critical and must follow due process and law of the land.

In a joint statement by the US secretary of state, John Kerry and UK foreign secretary, Philip Hammond, US and UK warned that any political interference would “contravene the letter and spirit of the Abuja Accord, to which both major parties committed themselves.”

The statement, released on Monday afternoon, commended Nigerians for the “largely peaceful” conduct at the polls.

“Our governments welcome the largely peaceful vote on March 28. The Nigerian people have shown a commendable determination to register their vote and choose their leaders.

“So far, we have seen no evidence of systemic manipulation of the process. But there are disturbing indications that the collation process—where the votes are finally counted—may be subject to deliberate political interference. This would contravene the letter and spirit of the Abuja Accord, to which both major parties committed themselves.

“The Governments of the United States and the United Kingdom would be very concerned by any attempts to undermine the independence of the Electoral Commission (INEC), or its Chairman, Professor Jega; or in any way distort the expressed will of the Nigerian people,” they said.

Speaking at a media briefing Monday in Abuja, Chief Observer of the EU, Mr. Santiago Fisas, said the preliminary reports of its coverage of the Presidential and National Assembly elections show that the exercise went well in an atmosphere of peace, commending Nigerians on the way they conduct themselves during the elections.

The EU delegations said it “saw no evidence of systematic manipulations, although generally, the process may be characterised as disordered and prolonged.”