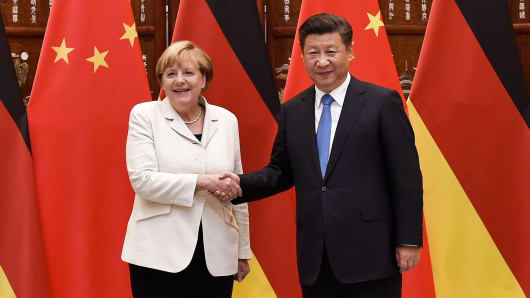 News Investigators/ The European Union (EU) lacks strategic and unified approach to Chinese investment among members, to effectively mitigate risks, such as becoming overly indebted to a strategic competitor, an EU watchdog said.

The European Court of Auditors – a body that checks how EU money is spent – identified 18 risks associate with Chinese state investment in the EU.

China is one of the 27-member EU’s biggest trading partners, but concerns have been raised about unchecked investment in the bloc.

These risks include, for example, over-indebtedness that could lead to the loss of strategic collateral and lower environmental standards, as well as competitiveness challenges.

Of this, the lion’s share went to Luxembourg at 82.5 billion euros.

According to a non-public European Commission database, total assets by Chinese investors, including foreign direct investment, amounted to 2.1 trillion euros at the end of 2017.

But data on Chinese investment was not comprehensive, the ECA said.

Official Eurostat data were fragmented, not timely, and incomplete, the report found.

“Is the EU driving blind toward China?” she asked, adding: “It certainly appears that we are sailing with no compass.”

According to the report, the EU also lacks a formalised comprehensive analysis of the risks involved.

With no overarching EU approach, multiple member states had signed agreements with China without notifying the European Commission.

This lack of coordination had led to a piecemeal approach that lacked unity, she said.

According to European companies, China must make big improvements if it is to finalize an investment deal with the EU.

“The European side has made it very clear that it cannot meet China in the middle,” said Joerg Wuttke, president of the European Union Chamber of Commerce, on Thursday.

According to Wuttke, fair competitive conditions already apply in Europe – both for domestic and Chinese companies.

In China, however, this is still not the case. Therefore it is up to Beijing to “close the gap,” he said.

Wuttke’s comments come ahead of summit talks between the EU and Beijing planned for next week.

The chamber president said he was not very confident that a comprehensive deal satisfying EU companies could be made.

According to Wuttke, the window of opportunity for an agreement with China is also closing and the deal must come this year.

One of the topics will be the planned investment deal, which has been under negotiation for six years. (dpa/NAN)