By Nuel Suji – The Senate on Thursday amended the Electoral Act 2010 to empower the Independent National Electoral Commission (INEC) “to use any technology device it deemed fit” for elections. 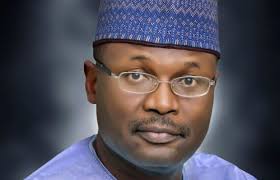 The amendment also provides for the use of electronic means for collation and transmission of election results.

It is not clear whether results can now be sent electronically from a polling unit to the Local Government or State headquarters directly.

It is believed that most rigging in elections take place at the interval between polling unit to collation centre.

The amendment followed the adoption of its INEC Committee reports presented at the Committee of the Whole.

The report was presented by Abubakar Kyari, (APC, Borno) who stood in for the chairman of the INEC committee, Ali Ndume, (APC,Borno).

Ndume, a former senate leader, is currently on six month suspension from the activities of the senate following his indictment by the Ethics Committee over a motion in which he sought the investigation of allegations of the controversial SUV Range Rover by Bukola Saraki and certificate scandal leveled against Dino Melaye.

The amendment also provides for 21days postponement of election that would allow for fresh party primary in the event of death of a governorship candidate, as witnessed during the last Kogi elections.

The bill has been passed by the senate having gone through third reading.

It however requires the concurrent passage in the House of Representatives before it would be transmitted for presidential assent.