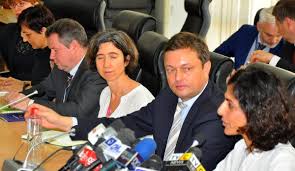 By Sadiq Umar – The Federal Government has approved visa fee waiver for accredited observers and monitors in order to alleviate the problem that may have come with the postponement of the general election last week.

The announcement was made by the Comptroller-General, Nigeria Immigration Service (NIS), Mr. Muhammad Babandede, in Abuja on Wednesday.

Mr. Babandede, in a statement, advised those affected but who might want to stay longer or go back to their countries and return, to visit NIS Visa Desk at INEC Headquarters.

“The desk officers will attend to those requiring extension of their visas issued Gratis (No Fee Charge).

“This provision became necessary to afford those affected, the opportunity to travel out or return without violating the immigration provisions that relates to entry and exit with valid visa and document,” he said.