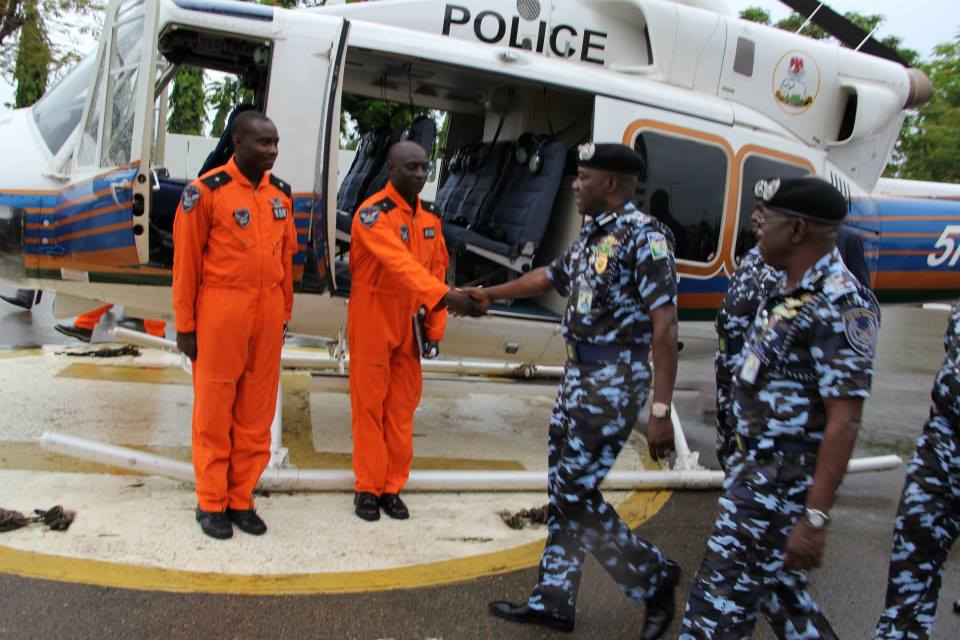 …IGP Warns Politicians To Play By The Rules

The Inspector-General of Police (IGP) Mr. Mohammed Abubakar, has ordered immediate deployment of hi-tech security equipment, including surveillance helicopters, armoured personnel carriers, patrol vans and other law enforcement gadgets to Ekiti State for of the governorship election scheduled for next Saturday.

The deployment comes as a reinforcement of other security measures already put in place by the Police, especially the deployment to strategic locations of the personnel of the Police Mobile Force (PMF), Counter-Terrorism Unit (CTU), the Bomb Disposal Unit, Mounted Troops and the Police Air-wing designed to effectively boost the integrity of the electoral process and ensuring an atmosphere of peace, orderliness, safety and security of persons, votes and all sensitive election materials during the June 21 election.

In a statement by the Force Public Relations Officer, Mr. Frank Uba, the Police “reassure Nigerians, especially Ekiti State indigenes of the readiness of the Police Force and other security agencies to do their utmost best towards ensuring a hitch-free election,” stating further that the IGP reiterated his earlier call on the citizens especially the gubernatorial candidates, party chieftains, opinion molders and other relevant stakeholders, for their cooperation throughout the period of the electioneering process.

The IGP warned that troublemakers and persons not directly connected with the smooth conduct of the election should stay out of the electoral process, adding that “tough security arrangements in place will leave no room for any untoward behaviour.”

The IGP further charged the Police personnel on election duty in the state to conduct themselves in line with the principles of democratic conduct while ensuring that the state remains calm throughout the election period and beyond.