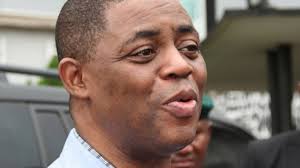 By Dipo Awojobi – The Economic and Financial Crimes Commission (EFCC) has concluded plans to arraign a former Minister of Aviation, Mr Femi Fani-Kayode, on new charges of fraud on November 10. 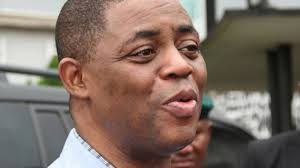 EFCC’s spokesman, Mr Wilson Uwujaren, disclosed this through a message in Abuja on Tuesday.

Uwujaren said that the commission had already served the former minister with court processes, but he did not give further details.

Fani-Kayode, a former Director of Media and Publicity of the PDP Presidential Campaign Organisation, was re-arrested by EFCC operatives while emerging from a Federal High Court room in Lagos on Friday.

He is standing trial in the Lagos court alongside a former Minister of Finance, Nenandi Usman, one Danjuma Yusuf and a company, Joint Trust Dimension Nigeria Ltd.
The three are facing a 17-count charge of unlawful retention, unlawful use and unlawful payment of money to the tune of about N4.9 billion, a charge they denied.

Reports say that the Prosecutor, Mr Rotimi Oyedepo, had concluded the witness’ evidence for the day, and the case adjourned till Nov. 14 and Nov. 15 for continuation of hearing.

But as the accused emerged from the courtroom, he was flanked by two EFCC operatives who led him into a waiting Toyota Hiace bus and drove him away.

However, shortly after the accused left the courtroom, two officers of the EFCC dressed in white Kaftans, flanked his sides and requested that he followed them to the commission.

He has since been in the custody of the commission.