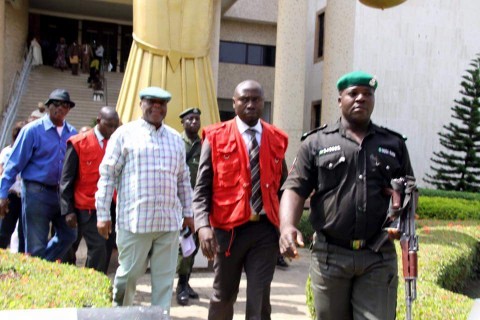 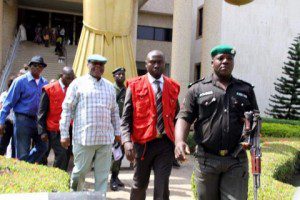 The anti-graft agency dragged Mr. Dokpesi before a federal high court in Abuja after holding him without charge for more than a week.

Dokpesi about a fortnight ago, was arrested and detained for interrogation after being implicated in the trial of the embattled former NSA, Col. Sambo Dasuki (rtd).

The PDP chieftain last week admitted that he received the sum of N2.1 Billion from Dasuki, as payment for the adverts and publicity of the opposition PDP ran on his Electronic stations – AIT and Raypower.

The sum was believed to have been drawn from the $2.1Billion, budgeted for purchase of arms for the Military to fight dreaded Boko Haram insurgents.

After taking his plea, Justice Gabriel Kolawole ordered Chief Dokpesi to be remanded in the EFCC custody till hearing on application for his bail holds by noon, tomorrow – Thursday.

He argued that this ran contrary to the provisions of the Public Procurement Act; Money laundering Act as well as the EFCC Act.