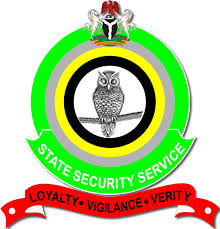 The Department of State Services (DSS) Tuesday announced a meeting with the management of Total Plc, saying it will not stand aloof and watch Nigerian suffer.

The Deputy Director, Public Relations, Ms Marilyn Ogar, who spoke to journalists in Abuja, said the DSS is meeting with the oil giant with a view to resolving the impasse between it and the striking oil workers.

According to Ogar, the DSS is intervening following a letter written by the two striking union, PENGASSAN and NUPENG, to the service in November in which it complained about the transfer of its zonal executive in Port Harcourt, Ms Elo Ogbonda.

The two union had complained about the sudden transfer which it perceive as punitive.

According to Ogar, Ogbonda was transferred from Port Harcourt to Lagos by the company after she was elected as a executive of PENGASSAN, and subsequently sacked.

“The transfer was seen as a design by TOTAL to frustrate her (Ogbonda) from performing her functions at the union’s secretariat in Port Harcourt.

“Consequently, this service summoned the Managing Director of TOTAL, Elizabeth Proust, on Nov. 5 to resolve the dispute,” she said.

Adding that, “It was agreed that Ogbonda would be reinstated, posted back to Port Harcourt and granted leave of absence for the period she would serve as an executive of PENGASSAN.”

She said that PENGASSAN later informed the service that the company reneged on the agreement to recall Ogbonda.

“The service contacted TOTAL and was informed that the company will not go back on the sack order.

“All entreaties to the company failed, thus culminating in the current strike and its attendant scarcity,’’ she said.

“We hope they (the company) see reason and address this issue urgently,” Ogar added.