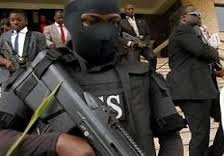 By Sadiq Umar – The Department of State Security Services (DSS) says it has foiled terrorist’s plan to unleash mayhem on Kano, Sokoto, Kaduna and Maiduguri during the Eid-el-Fitri Sallah celebration.

A statement by an official of the Security agency at theNational Headquarters, Tony Opuiyo issued Friday in Abuja, said the Service in the past few weeks, has uncovered a sinister plot by terrorist elements to stage series of coordinated attacks using explosives on different cities across the country. 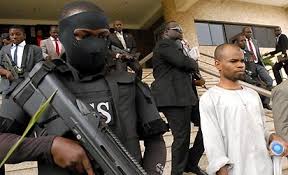 “Their aim was to hit on soft targets such as markets, public parks, public processions, recreation centres, as well as worship centres especially the Eid Praying Grounds and other densely populated areas during the forthcoming Eid-el-Fitr Sallah celebration.

“The latest plan by the terrorists was to unleash mayhem on Kano, Sokoto, Kaduna and Maiduguri,” it said.

Adding that the “planned terrorist attacks in Kano and aforementioned States have been nipped in the bud.”

“This followed the arrest of Yusuf Adamu and Abdumuminu Haladu in the early hours of today, 23/06/2017, in Sokoto. Adamu and his accomplice were to command the operation in Kano.

However, the Service had earlier arrested the facilitator of the Kano attack, an explosive expert by name Bashir Mohammed at Unguwar Barnawa, Shekar Madaki, Kumbatso LGA, Kano State on 20th June, 2017.

“Their plan, together with others now at large, was to assemble the explosives and use them on select targets during the Eid-el-Fitr Celebrations,” it said.

“The Service has also uncovered plans by the terrorist elements to infiltrate the ranks of the Islamic Movement of Nigeria (a.k.a. Shiites).

“This is in an attempt to assume a formidable cover to unleash violence and evoke a complete state of chaos in the Federal Capital Territory (FCT), Abuja during the group’s Qudus Day Procession/Rally scheduled for today (23/06/2017) in Abuja and several States in the Northern parts of the country.

“Sequel to this, the Service is warning members of the Islamic Movement of Nigeria (IMN) to desist from staging any form of procession or demonstration as the terrorists will seize the opportunity to unleash mayhem.

“The public is encouraged to disregard the antics of these terrorist extremists to cause a breakdown of law and order and instill fear in the populace.

“The Service is working, in concert with other security agencies, to ensure that no section of the country is attacked during and after the Sallah celebrations.

“Law abiding citizens and residents are not only assured of their safety but enjoined to go about their normal businesses without fear of attack.

“It pledges to engage all stakeholders to ensure a hitch free Eid-el-fitr festival across the country.

“While the public is enjoined to remain very vigilant before, during and after the Sallah celebrations, people with useful information regarding suspicious movements and faces as well as unusual activities of criminals and terrorists around their neighbourhoods, are advised to immediately avail same to the Service or the nearest security agency.