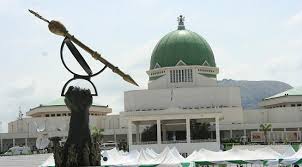 News Investigators/ Federal lawmakers from Gombe South senatorial district have urged the senate to stop further deliberations on a bill seeking to establish a federal medical centre in Deba, Gombe state, asking them to instead concur with similar bill already passed by the House of Representatives.

The lawmakers urged their colleague in the Red Chamber not to be misled by a new bill sponsored by Gombe Central senator, Danjuma Goje, which it described as “political, divisive and diversionary”.

They said in a statement that the new bill by Senator Danjuma Goje was intended to subvert a bill passed by the House for the establishment of a federal medical centre in Billiri, Gombe State,

The members called on the Senate to stop further deliberations on a duplicate bill which seeks to establish the Federal Medical Centre in Deba instead of Billiri, accusing Senator Goje who represents Gombe Central of deliberately working to deny the already marginalised people of Billiri and its environ access to tertiary health care.

The members, in a statement, expressed strong condemnation of the new bill for a federal medical centre in Deba sponsored by Goje, in the same Gombe state whereas there is an already passed bill by the House of Representatives which is awaiting senate’s concurrence.

The statement jointly signed by Rep. Victor Mela Danzaria, representing Balanga/Billiri federal constituency, Rep. Karu Simon Elisha, representing Kaltungo Shongom and Senator Bulus Amos who represents Gombe South, urged the senate not to be misled into perpetuating an injustice against the people of Balanga, Kaltungo, Shongom, Billiri and Akko who are the target beneficiaries of the FMC.

“A bill on the same subject matter has been duly passed, it is awaiting concurrence of the senate, Senator Goje knows too well that the federal government cannot afford two federal medical centre in Gombe state, what then is his motive for sponsoring similar bill when he could have canvassed support for the already passed bill at the senate,” they queried.

According to the lawmakers, the already passed bill underwent first and second reading in the House of Representatives on the 12th of March 2020 and 6th of May 2021 respectively. The bill was subjected to public hearing where memorandum were presented to the House Committee on Health.

“On 8th July, 2021, it went through the third reading and final passage in the House of Representatives and on the 16th September, 2021, it was transmitted to the senate for concurrence,” they stated.

The members wondered why Senator Goje who as a former governor, former minister and an four-term senator ought to be promoting justice, equity and fairness for all would sponsor a duplicate bill that would deny the people in the affected five local governments access to tertiary health care.

The members said they aligned themselves fully with the memorandum submitted to the senate by the concerned communities, stressing the need for senators to be properly guided and not be misled on the matter.

“Siting the FMC in Deba will only serve Gombe Central which comprised of Yamaltu Debate and Akko both of which are only 20minutes drive from Gombe town which has two existing medical centres, namely FMC Gombe which has been upgraded to a Teaching Hospital and a State Specialist Hospital.

“This latest plot by Senator Goje is ” divisive, political and diversionary and a betrayal of the confidence of the good people of Balanga, Kaltungo, Shongon, Billiri and Akko local government areas.

“We are reluntant to believe that this very move is part of Senator Goje’s vindictiveness against the minority communities in Gombe are potential beneficiaries of a federal medical centre in Billiri.

“We therefore call on the senate not to be dragged into this divisive and wicked plot by a single individual to create disaffection in Gombe State which remains a reference point of a united and peaceful state in the entire north east.

“The senators must not allow themselves to be unwittingly used to create disaffection in Gombe. To do so is to rupture the giant developmental works in Gombe under the leadership of our patriotic leader and governor, Alhaji Mohammed Inuwa Yahaya which could only have been achieved in the prevailing atmosphere of peace in the state.