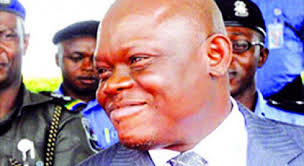 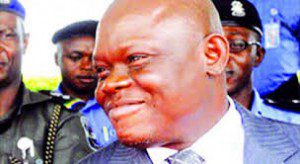 The family of the detained Chief Security Officer to former President Goodluck Jonathan, Mr.Gordon Obua, has raised an alarm over the health condition of the former CSO, saying he embarked on hunger strike because was denied access to medication despite the fact that he is hypertensive.

Obuah family claimed that the State Security Service (SSS), knows he is sick with diabetes and hypertension but still been denied access to his medicines.

A statement by the Mr. Onochie Onwuegbuna, the lead partner at Zeran Legal, on behalf of the Oduahs, alleged that the former CSO is being witch-hunted as part of a plan against “marked” individuals who served and held offices in the Jonathan administration “in other to implicate them by all means for phantom crimes or offences.”

The family also stated that the detained CSO is currently on hunger strike because he was denied access to family and his lawyer.

The senior SSS officer was appointed in 2010 by Jonathan and served in that capacity until he was relieved of the position immediately after the incumbent President Muhammadu Buhari’s inauguration Friday, May 29, 2015.

It would be recalled similar fate has befallen the former National Security Adviser (NSA), to former President Jonathan, Sambo Dasuki, as he was Friday summoned and detained by the SSS operatives, for questioning over many security spending fraught with many alleged illegality.

THE FULL TEXT OF THE STATEMENT READS:

We have been briefed and our services retained by the family of Mr. Gordon Obua, the Chief Security Officer to former President Goodluck Jonathan (Our Client) in respect of his present harassment and detention by the State Security Services (SSS).

The facts as narrated to us by our Client’s family are as follows:

Our Client, a serving officer of the State Security Services was ordered to report to the Headquarters to meet with the Acting Director General (A.D.G). He consequently reported at the Headquarters at about 9am on the 8th of July 20 15 and he was kept waiting till late in the night by the Acting D.G who finally asked him to report again the next day. The exact
situation played out the next day and the day after resulting on our Client reporting to the office of the A.D.G everyday from the 8th of July 2015 till the 16th of July 2015.

On the 3rd day of reporting, our Client was orally informed by the A.D.G that there was a petition against him without telling him the contents of the alleged Petition or the identity or the Petitioner (s).

Our Client requested to be availed a copy of the Petition or its contents to enable him respond accordingly however, his request was not granted, and he was rather told not to worry that such petitions are normal considering the office he previously occupied.

On the 16th of July 2015, he reported at the office of the A.D.G by 5pm as directed, and as usual he was kept waiting till about 1am on Friday 17th July 2015 when the A.D.G informed him that he will be detained and he has been in detention since then without being informed what offence (if any) he is alleged to have committed or the reason for his detention.

Our Client is hypertensive and diabetic to the knowledge of his employers the SSS. and as a result he has been on daily medications to manage these very severe ailments and since his detention, he has completely been denied access to these medications. Our Client has also been denied access to members of his family, his doctor and his lawyers and even more worrisome is the information obtained by his family that he has not eaten or drank water ever since he was detained.

The actions of the SSS and our Client’s subsequent detention constitute undue harassment and gross violation of his fundamental rights to respect for the dignity of his person and personal liberty as guaranteed by Sections 31 and 35 of the Constitution of the Federal Republic of Nigeria.

In view of the much publicised siege by the SSS on the residences of the Former National Security Adviser coincidentally in the evening of the 16th of July 2015, our Client’s family believe and are justifiably apprehensive that he is being harassed and detained in furtherance of what seems to be a well calculated witch hunt, unlawful harassment gross violation of his
fundamental human rights of certain “marked” individuals who served and held offices in the administration of Former President Goodluck Jonathan in other to implicate them by all means for phantom crimes or offences.

This view is further strengthened by the fact that our Client was made to report everyday since the 6th of July 2015, only to be detained in the early hours of Friday 17th of July 2015 which was public holiday with the knowledge that Monday the 20th of July 2015 is also a public holiday. The aim was clearly to ensure he is kept in detention for the period and to ensure that the earliest date available to his lawyers to approach the Courts to enforce his fundamental right is Tuesday the 21st of July 2015.

Our Client is presently languishing in the custody of the SSS without access to his medication, food, water and drugs or to any member of his family, doctors or his lawyers and in the circumstance, we hereby call on the SSS to immediately release him as he has not been informed the facts and grounds of his detention in accordance with the provisions of the
Constitution.

The general public is also invited to note that the SSS should be held responsible if anything untoward happens to our Client in their custody or subsequently as a consequence of his unlawful detention.

Obua, it was learnt was nabbed in connection with his misconducts, including movement of the huge security sum and oil theft, which occurred during the immediate past administration.

Obua, who was picked last Thursday has allegedly been prevented from meeting with members of his family and his Lawyers. The situation it was learnt did not go down well with the suspect, hence embarked on hunger strike.

The senior SSS officer was appointed in 2010 and was automatically relieved of his position immediately after the incumbent President Muhammadu Buhari’s inauguration Friday, May 29, 2015.

It would be recalled similar fate has befallen the former National Security Adviser (NSA), to former President Jonathan, Sambo Dasuki, as he was Friday summoned and detained by the SSS operatives, for questioning over many security spending fraught with many alleged illegality.