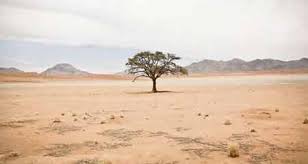 The Federal Ministry of Environment says 35 per cent of Nigeria’s land mass has been eroded by desertification with more areas still threatened.

The Minister of Environment, Dr Mahmud Mohammed, spoke on Thursday at the 2019 commemoration of the World Desertification Day in Nangere, Yobe.

According to Mahmud, the means of livelihood of 40 million Nigerians in 11 frontline states who depend on land resources is threatened by soil degradation and desertification.

The minister, who was represented by Mr John Alonge, the Director, Environmental Assessment in the ministry, urged government at all levels and other stakeholders to collaborate to check desertification and reclaim lost land.

“Government would set up a high powered advocacy committee under the chairmanship of the deputy governor to sensitize the people and distribute assorted tree seedlings for planting by the communities,” Buni said.

The governor, who was represented by Baba Malam-Wali,  Acting Secretary to the State Government, said the government would also work on providing alternative sources of energy to safeguard trees.

Buni appealed to the Great Green Wall programme and the Federal Government to support the efforts of the state in combating desertification.

“Yobe is geographically located in a fragile ecological zone that is most often prone to threat posed by desertification.

“Therefore, it needs support and collaboration with all stakeholders to effectively combat the menace,” the governor said.