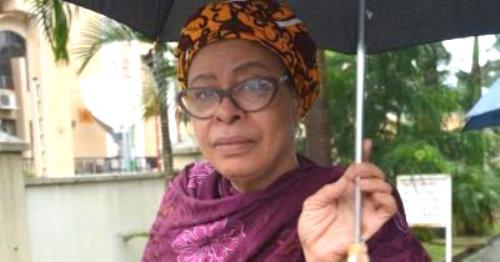 (NEWS INVESTIGATORS) The Federal High Court Abuja, on Wednesday, admitted the U. S.-based businesswoman, Isabella Oshodin, bail in the sum of N250 million.

News Agency of Nigeria (NAN) reports that the court had, on Monday, ordered Oshodin to remain in the Economic and Financial Crimes Commission (EFCC)’s custody until Aug. 21 pending bail application.

NAN reports that the EFCC arraigned Oshodin for for unlawfully receiving N22.9 billion from the office of the former National Security Adviser, Col. Sambo Dasuki (Rtd.).

Oshodin, in a suit number: CR/114/19, was charged alongside others.

The businesswoman, whose husband, Bob Oshodin was said to be at large, was arraigned on a 25-count charge bordering on sales of a furniture manufacturing company to the Federal Government to the tune of 55 million U.S. dollars

Justice Taiwo also ordered that the defendant should remain in the country pending the determination of the suit.

She had pleaded not guilty to the charges. (NAN)