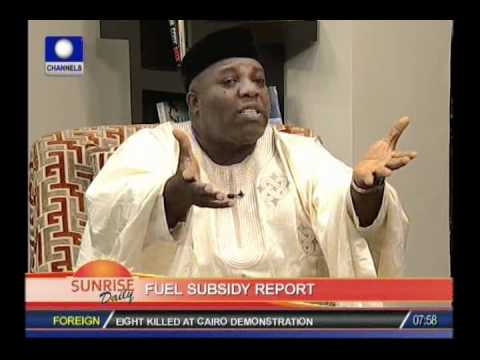 By Dipo Awojobi – Former Presidential spokesperson in the Goodluck Jonathan administration, Doyin Okupe, has denied media reports that some companies linked to him got contracts from the office of the former NSA, Sambo Dasuki.

A statement by former presidential spokesman on Tuesday, said he never got along with Dasuki during their time in government.

“Unknown to many Nigerians, and quite usual with politics at the top, for reasons not clearly defined, I never got along well with colonel Dasuki retired. In fact, he twice told me to my face that he will get Alhaji Gulak and myself out of former president Jonathan’s administration.

“Colonel Dasuki would never have patronised me or any associate of mine. It was for this reason I was totally schemed out from the entire presidential campaign in 2015. Mr Ilan Salman is my friend and we did business together few years ago. But I have not had any business dealing with him since 2007 when he resigned his membership of the company we formed together. The name of his offshore company Romix Technology and the company we ran together Romix Soilfix International Limited, bear similar first names ‘Romix’. But that is where the similarities end.

“Mr Ilan apparently registered his new company, Romix Technologies after he resigned from Romix Soilfix International Limited in 2007. He probably used this name because we both loved the name ‘Romix’. Even when our South African partners from whom we derived the name Romix Soilfix broke up and told us to drop the name, we both flatly refused. It is for this reason that after Mr Ilan left the company, I also went ahead and registered two more companies named Romix farms limited and Romix homes limited.

“Romix Technologies is an offshore company registered in Cyprus. I am not the owner, I have no relationship with it neither do I have any financial interest. I had no knowledge of their bidding for contracts from the office of the National Security Adviser, I was not informed when they were awarded any contract neither was I in the know of what and when they were paid.

“I have not benefited financially from the proceeds of payment for the said contract neither can any money be traced to me, or any of my family members or associates.” the statement read.