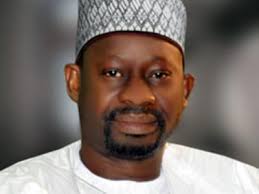 Governor Ibrahim Hassan Dankwambo of Gombe state has been declared the winner of the Saturday’s governorship election in the state.

Mr. Akinwunmi Ambode of the All Progressives Congress, APC, has won the governorship election conducted in Lagos State, Nigeria by defeating his major contestant, Jimi Agbaje of the Peoples Democratic Party, PDP.

Meanwhile, the Peoples Democratic Party’s candidate in Lagos, Jimi Agbaje, was said to have called and congratulated Mr Ambode on his victory in the polls.

Reports said he called Ambode at 6.50pm said he was looking forward to a more prosperous Lagos.

Speaker of the House of Representatives, Hon Aminu Waziri Tambuwal, candidate of the All Progressives Congress (APC), has been declared the winner of the Saturday Sokoto State governorship election.

The Returning Officer, Prof Abdul Bagudu who is the Deputy Vice Chancellor (Administration) of the Usman Danfodio University announced the results.

A former Speaker of the House of Representatives and Governorship candidate of the All Progressives Congress, Hon. Aminu Bello Masari has been declared winner of last Saturday governorship election in Katsina State.

The former Speaker Scored 943,085 votes to defeat his closest rival and candidate of the Peoples Democratic Party, Musa Nashuni, who scored 476,768.

He polled 1,117,635 votes to defeat the incumbent Governor Ramalan Yero of the Peoples Democratic Party (PDP) who scored a total of 485,833 votes in the 23 local government areas of the state.

The Returning Officer for the governorship election in Kwara State, Prof. Musbau Akanji, has declared the APC Governorship Candidate, Abdulfatah Ahmed, as the winner of the election.