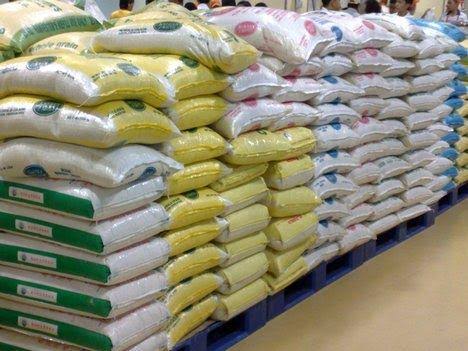 Gov. Atiku Bagudu of Kebbi on Sunday commended Dangote Group for setting up a rice mill in the state, saying it would create employment and boost the economy.

Bagudu who visited the factory site at Saminaka in Shanga Local Government Area of the state, said the investment would also rack up the rice value chain and add value to local farmers.

The governor’s visit was announced in a statement on Sunday in Birnin Kebbi by his Press Secretary, Abubakar Dakingari.

Facilities for the factory, which will have 32 silos are being installed as at the time of the visit by Bagudu, who was accompanied by legislators and top government officials.

“I must commend Dangote Group of Companies especially Alhaji Aliko Dangote for initiating the project in Kebbi State.

“This will go a long way in providing employment to our youth as well as boosting the economy of the state and Nigeria at large “, he said.

Bagudu used the opportunity to invite more investors to Kebbi to set up more factories.

Similarly, the governor made a stop over at a local rice mill in Yauri where he interacted with some women processing local rice.

The women told the governor that the price of rice has fallen which according to them was an indication that Federal Government’s rice initiative is working.