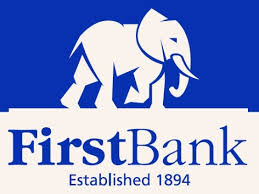 YOLA/By Tom Garba – A Yola-based legal lawyer, Sunday Wugira, has demanded the reversal of an alleged illegal deduction from his clients salary by the First Bank of Nigeria, Plc,  Yola, even as he ask for a compensation of N500,000.

Wugira in letter sent to the bank management, made available to Newsmen in Yola on Monday demanded for reversal of the said alleged illegal deducted funds within thirty days.

“Notice is hereby given that you are to reverse the unlawful amount deducted from our Client’s account for two months of June and July, 2016.

“Forthwith tender apology  for this unlawful act in writing  to our client ,pay damages for the hardship he underwent  and  is still undergoing  as a result of your unlawful deduction to the tune  of five  Hundred Thousand Naira  (N500,000) .

“Or we shall proceed against you in a Court of Law for redress without further recourse to you.” Wugira warned.

He said that, his client, Muhammad Auwal Adam, a civil service, obtained a  loan  from the Bank in 2013 to be  payable in thirty six (36) months.

But due to the bank negligence, they failed to make the necessary deductions as agreed for a period of four months until when his Client faithfully reported to the bank about the abnormality in February 2014.

He continued that after his client reported the laxity, the bank started deductions based on an agreement that the deduction would be from the month of complaint which is February 2014.

Wugira further explained that, even after the client complaint, the bank deductions were not consistent as some monthly deductions were different from the other until the month of June 2016.

He said that in June 2016, his client received a text message through his phone from the bank demanding him to repayment of N412, 413.55 outstanding balances.

“ The bank when ahead and deducted  his complete salary of June  to the turn of  N101,311.32,  without reason , leaving  our client at mercy of God  only to carter for his family and avail himself  at work  against your agreed terms.” Wugira added.

According to the Solicitor, his client wrote a complaint for review of his loan and the bank directed him to write application on that aspect, which he wrote and submitted to the bank on July 19, 2016 at the bank instance to revert that error.

“But to no avail until the 30 of July, 2016 ,  the bank again deducted the whole of his July salary despite his earlier complaint which the bank deliberately omitted to rectify.” Wugira said.