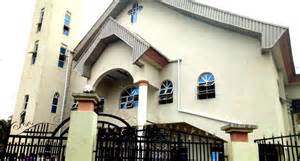 News Investigators/ The Christian Rights Agenda (CRA) has raised the alarm over the resurgence of mass killings, saying it is a deliberate plot aimed at exterminating indigenous Christians in Plateau state in north central Nigeria.

In a statement issued by its interim director of publicity, Tom Chiahemen, the group noted that in the last two to three months, indigenous Christian communities have been targeted by bandits and armed Fulani herdsmen in what appeared to be well-planned and calculated efforts geared towards exterminating the people.

In the last few years, no fewer than 60 villages and communities have been displaced in Plateau state, taken over and renamed by Fulani herdsmen with such impunity.

These Christian communities have been left defenseless as there seems to be no genuine effort by relevant authorities to protect them, end the killings and return the seized lands to them.

The CRA is worried by the seeming silence of Nigeria’s President General Muhammadu Buhari, who as the Commander-in-Chief of the Armed forces, has not only failed to protect the Christian communities but has remained silent over these killings.

To date, no Fulani herdsmen have been arrested and prosecuted over the killings, a development that has helped to embolden them.

The CRA, is worried that the invaders have intensified attacks in recent weeks during the lockdown and restriction of movement occasioned by the Covid-19 pandemic. This raises the following fundamental questions:

How are they able to move freely?
Where are the security agencies?
How comes not a single attacker has been arrested so far?
Why has President Buhari remained silent and unconcerned?
Why has he not ordered massive security operation in and around the affected areas?
For how long will be continue to watch as citizens he swore to protect are being massacred day-in-out?

The CRA is calling on the international community, the especially the United Nations, European Union, governments of United States of America, United Kingdom, Canada and the International Criminal Court (ICC), to take note of the ongoing genocide against Christians in Nigeria.

The pattern, mode and intensity of the massacre is reminiscence of the 1994 Rwandan genocide.

The CRA is worried about the failure of the Nigerian government to arrest and prosecute perpetrators of these killings over the years, which has emboldened them the more.

Consequently, the CRA, will liaise with the affected communities to, among other things, institute actions at the International Criminal Court against the Nigerian government for war crimes.

The CRA is urging all affected communities to be more vigilant and guard themselves against possible extinction. In this regard, they should organise themselves and establish community vigilante outfits charged with the responsibility of monitoring and quickly reporting strange movements and attacks to the Police and other law enforcement agencies of government, with documented evidence of lodgement of such complaints.

From the records available to CRA, the following attacks that were carried out in Plateau state in recent days and weeks can be outlined:

3) Between January 1, 2020 and April 19, 2020, there were 33 attacks. 22 Communities attacked, some attacked more than once; 40 people killed with an additional 2 persons missing till date, 15 persons injured and hospitalized, 1105 residential rooms burnt down including all the properties in those rooms, 104 farms destroyed and, 67 food storage barns burnt.