News Investigators/ Oyo State Governor, Seyi Makinde, on Saturday, informed residents of the state that his government is already working on palliatives to ease the pressure on the people following the partial shutdown of activities as part of the precautionary measures to curtail the spread of Covid-19.

The governor, however, added that the state would need to work on accurate data and design that would ensure the palliatives get into the hands of those who truly need them.

According to him, it was important that the palliatives to be put in place get to those with genuine needs for them and that they are not cornered by middlemen.

A statement signed by the Chief Press Secretary to the Governor, Mr. Taiwo Adisa, indicated that Mr. Makinde stated these during a phone-in interview programme on Ibadan-based Fresh 105.9 FM, as well as and a one-hour Tweetchat via his Twitter handle @seyiamakinde on Saturday.

The statement noted that the government had stepped up enlightenment campaigns on Covid-19, while also enforcing measures on the lockdown of activities in the state.

Mr. Makinde maintained that as part of measures to contain the spread of the disease in the state, the state government in collaboration with the University College Hospital (UCH), Ibadan, has set up a diagnostic centre to handle testing of samples, noting that the state was only awaiting NCDC endorsement.

He explained that once the centres are certified, it would become easier to test more people.

Governor Makinde added that apart from the preventive measures, the state has set up isolation centres, with 4-bed isolation unit in Ogbomoso, 10-bed at Jericho, 4-bed at UCH and 100-bed capacity at Olodo, Ibadan, which will be ready on Thursday.
He noted that the ICU beds in the state currently have ventilators.

The governor further noted that the state has Disease Surveillance and Notification Officers in all 33 LGAs and 35 LCDAs and that Local Government Caretaker Chairpersons were already involved in enlightenment campaigns and implementation of directives, complementing the state-wide campaign and efforts to prevent Covid-19 in the state.

Mr. Makinde, who maintained that the state has ensured that health workers have the required equipment and personal gears, and that wherever it identified gaps, it would immediately plug them, counseled the people of the state to stay safe by following the proper hygienic practices –  washing of hands regularly or using an alcohol-based hand sanitisers and also practising social distancing.

The governor explained that the though the administration understood the challenge of asking residents to stay at home, the decision to shut down activities was in the best interest of the state as according to him, it would be effective in curtailing the spread of the virus.

He said: “It is a challenge that we asked people to stay home and don’t have palliatives to give them. The oil price is at its lowest. What we get from Federal Allocation is almost half of what we were getting at the beginning of this administration. So, when you put all of those together, it is a big challenge and we are almost left with nothing.

“Even, if we want to do palliatives, how do we run it to ensure that they will get to the people who really need them? But we will welcome anyone with bright ideas to come forward and we will sit down together to evaluate those ideas. We are working on palliatives. But we want to set it up in such a way that it’s not middlemen that will profit but those who need the palliatives.”

According to Governor Makinde, it has put up additional measures to combat the pandemic,  including the reduction of gathering from 30 to 10 people, closure of markets to all traders except those selling foodstuffs and a 7p.m. to 6 a.m. curfew as well as a ban on transportation to and from the state.

He explained that the directive on religious gathering is for all religions, as Covid-19 is not a respecter of any religion, saying that the risk of breaking any of the directives is huge and would affect everyone.

The Governor added: “Everything we can do to prevent an outbreak of Covid-19 is on the table. We will continue to assess the situation and put measures in place.

“For now, I have directed that additional measures be put in place, including a 7 p.m. to 6 a.m. curfew and reduction in the number of gathering of 30 people to 10 persons.

“As from tomorrow night (Sunday, March 29), all markets will be closed, except for those selling perishable food items. We are also using that same point to ban transportation into and out of the state. The only exceptions are vehicles carrying food items, medical, pharmaceutical, essential services and petroleum products.

“We will keep reviewing these measures on a weekly basis. We are here to ensure that we make logical sense out of the information that is emanating from the people.

“It is unfortunate that some people, rather than coming on board to see what they can do to assist the government, they are busy criticising us. Well, they are free to do that because we don’t know it all. They can criticise and we are here to listen to them.”
Governor Makinde, who equally informed residents of the state that he was in self-isolation following an instruction to governors who attended the last National Economic Council Meeting in Abuja.

He said that he would be the first to get tested once the state diagnostic centre comes on stream after NCDC’s certification.
He said: “I am self-isolating because of the advisory of the Nigerian Governors’ Forum. So, the protocol is, whoever has made contact with one of our members who tested positive should also self-isolate until you have your own test result, then one will be free to move around.

“Within the confines of the situation we have found ourselves, I am at home for now but this does not still disturb the assignment, which the good people of Oyo state have given me to do.

“We know that our testing capacity is limited. Our state government, in collaboration with College of Medicine and University College Hospital, has set up a diagnostic centre to handle testing of samples, and we are only awaiting NCDC endorsement.
When the testing centres in Ibadan are certified, I will be the first to test.
“One reason why this is the case is that the virus is imported and testing capacity is limited. Setting up our testing centres enables us to test more people which means that people showing symptoms can get tested regardless of their travel history.”
The governor, who called on well-meaning individuals and organisations who have the intention of collaborating with the state in one way or the other to fight Covid-19, charged them to reach out to State’s Commissioner for Health or the Oyo State Covid-19 Task Force on areas where they can collaborate.
He acknowledged that already some private entities have begun to cooperate with the state on the Covid-19 prevention.
He stated: “I swore an oath to protect the people of Oyo State and I will do that to the best of my ability. People have come to me to render help and I told the individuals that we need to key into whatever the government’s aspirations are. I directed them to meet with the Commissioner for Health. I told them we will appreciate whatever they can put on the table but not to just show off. We are not in for that. We are in to analyse our situation and find a solution that is obtainable and workable.” 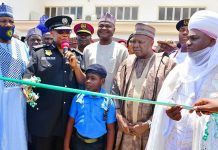 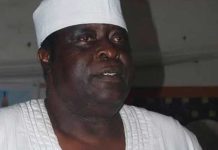