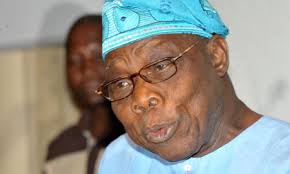 A Federal High Court sitting in Abuja on Wednesday slammed a contempt verdict against former president Olusegun Obasanjo, accusing him of flouting a court order restraining him from publishing his new book ‘My Watch’.

The judge, Justice Valentine Ashi, also ordered the Inspector General of Police, State Security Services and the Nigeria Customs Service to recover the books from vendors and deposit them with the registrar of the court pending the determination of the suit.

According to Ashi, “The fact that the book was published in November is irrelevant. As long as the substantive suit is not yet determined, no party is entitled to publish or comment on material facts that are yet to be decided on by the court.

“I hold the defendant, not only in contempt of the court, but to show cause why he should not be punished for contempt and ordered to undo what he has wrongly done,” Justice Ashi declared.

She then ruled that, “I am of the view that the defendant having gone ahead to publish the book, he should therefore show cause within 21 days of the order served on him on why he should not be punished for contempt of court.

Counsel to the former president, Mr. Rilwan Okpanachi, had told the court that the book was published before the order was granted, arguing that it has been in circulation since November before the December 5 order.

It would be recalled that the South-West Chairman of the Peoples Democratic Party (PDP) Mobilisation Committee, Mr. Buruji Kashamu had filed motion no: FCT/HC/M/2392/2014 at the Abuja high court seeking an ex parte injunction restraining Obasanjo from publishing his memoirs.

Kashamu had claimed that Obasanjo’s memoirs contains libelous material against his person and asked the court to stop the publication.

On December 5, the same court gave the restraining order stopping the launching but was ignored by the former president who went ahead to launch the book last Tuesday.