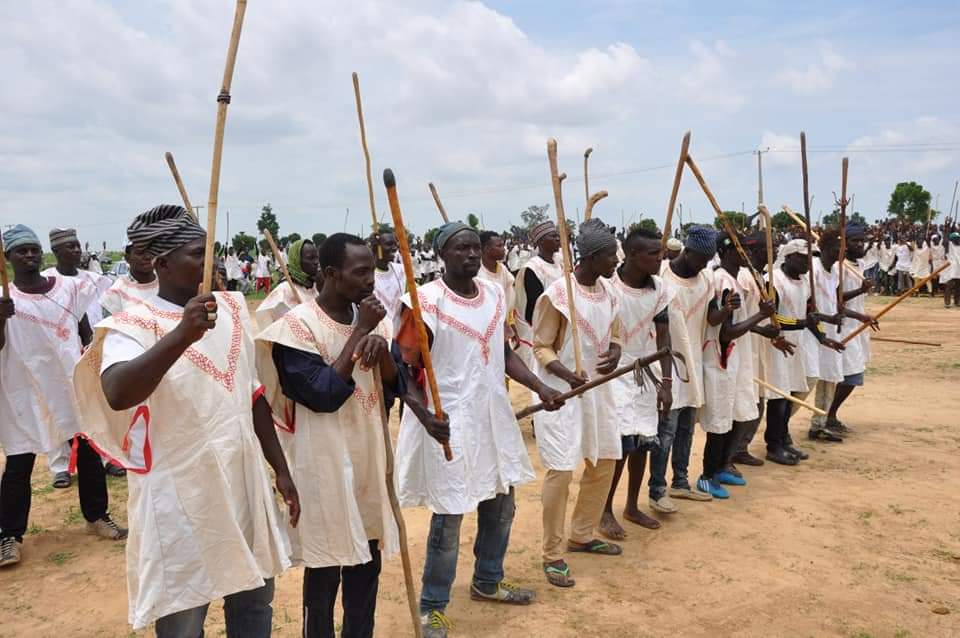 News Investigators/ The governor of Borno state, Babagana Zulim has inaugurated 1000 volunteer hunters to complement the efforts of security agencies in protecting farmers against attacks in their farms.

The News Agency of Nigeria (NAN) reports that with the return of relative peace, some farmers have expanded their activities in the outskirts of Maiduguri and neighbouring Jere, Mafa and Konduga LGAs.

Addressing the hunters at a ceremony in Khaddamari village on Thursday, Mr. Zulum lauded them for the sacrifice in supporting his administration to sustain peace and security in the state.

Mr. Zulum assured them of logistic support and monthly allowances to ginger them in the onerous task.

“What we are witnessing today is screened 1000 members of volunteer hunters that are willing to protect the farming communities in four local government areas.

“These farming communities are within Maiduguri, Jere, Mafa and Konduga LGAs,” Zulum said.

He lauded Rep. Ahmed Satomi of Jere Federal Constituency and State Assembly members from the affected local government areas for their contribution in mobilising the hunters.

Earlier, Rep. Satomi, said the decision to mobilise the hunters who had been screened by relevant security agencies was in line with the commitment of the state government to enhance security in the state.