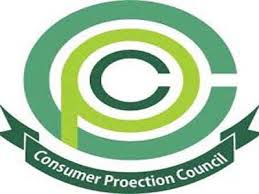 By Nuel Suji, Abuja – The Consumer Protection Council (CPC) and 13 other Federal Government institutions have emerged as the most outstanding institutions in Nigeria for the 2014/2015 fiscal year.

The Director of Research of Independent Service Delivery Monitoring Group (ISDMG), the organizers of the Award, Mr. Oluajo Babatunde, said the group initially administered 5,000 questionnaires in each of the 36 states of the federation and 2,000 in the Federal Capital Territory to get information from members of the public on the quality of service delivery of public institutions in the country.

Babatunde pointed out that “following the responses totaling about 170,015, Freedom of Information request was sent to about 170 government institutions demanding from them, among other things, their service delivery records/reports, including customer feedback mechanisms and customer redress processes as well as any other information necessary to compute the performance of the respective institutions”.

He said the responses to the Freedom of Information requests pruned down the number of institutions to 94 from 170 and thereafter the institutions were categorized into five categories of Intervention Agencies, Ministries, Regulatory Agencies and Service Providing agencies 1 & 2.

Babatunde disclosed that about 5.5 million votes were garnered through the voting platforms put in place from the country and from Nigerians, staying in no fewer than 17 countries in the world, stating that the number came down to the 14 winning institutions on the basis of their responses to the requests on their service delivery records/reports.

Disclosing the motive behind the Award, which is in its fifth year of existence, at the Award Dinner, the Executive Director of ISDMG, Dr. Chima Amadi, said the rigorous appraisal is to deepen the culture of performance and excellent service delivery in the nation’s public sector.

According to him, “it is our considered opinion that in strengthening the operations of institutions, the veil of poor culture of service delivery by these institutions will not only be lifted but also, the image of the public service which the ‘accidental public servant’ insists is ‘short term in its vision, self centered in policy formulation and corrupt in program implementations will be enhanced”.

Amadi contended that civil organizations, such as ISDMG, have great roles to play to bring government agencies, funded with public funds and tax payers’ money, to accountability in terms of their performance and service delivery.

“It is this historic duty that propelled the ISDMG to establish a process, five years ago, that allows the public to assess, reward and of course reproach the actions of public institutions during specific periods.

” The place of a reward mechanism as a moral boost for the enhancement of effective service delivery has been adequately situated and won’t be rehashed. However, it’s absence, especially in our clime, has been credited as one of the ‘troubles with Nigeria’ by no less a person than the late Literally icon, Chinua Achebe who posited that the ‘decline of morale & subversion of efficiency’ in Nigeria was caused by an erratic system of performance & reward”, he added.