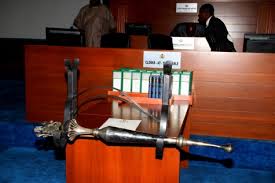 The Project Nigeria, a Non Governmental Organisation, has urged the State Houses of Assembly to support the National Assembly’s amendment for local government autonomy, in order to enhance rapid development at the grassroot level.

The group, in a statement said it is not late for state lawmakers to reverse themselves on the opposition to autonomy, noting that some states have already endorsed the proposal as amended by the National Assembly’s committee working on the amendment of the constitution.

The statement read: The Project Nigeria, a Non Governmental Organisationwishes to use this medium to call on Nigerians to prevail on the various State Houses of Assembly to as a matter of National Importance endorse the proposal by the National Assembly to grant Autonomy to Local Government administration in Nigeria.

“We are not unaware that some State Assemblies have already voted in moves which opposes the National Assembly Constitutional amendment proposal, it is still our belief that such decisions are reversible when Nigerians in their various states rise to demand a concurrence of the National Assembly proposal by the State assemblies.

“There is no doubt that Local government autonomy will bring about rapid transformation at the grassroots, unlike the present situation of stunted growth and inaction.Grassroots development will reduce tremendously rural urban drift and congestion in our city centres.

“If the demand is granted, there will definitely be a reduction in rural urban drift will equally reduce organised crimes in the country and ensure the success of the youth in agriculture programme of the Federal Government. This will in turn bring about food security as well as generate more activities at the grassroots.

“The current imbalance situation that we have today have also given the State governments undue advantages of meddling into the administration of the local governments without any meaningful development in the rural areas. This has therefore incapacitated the local governments from performing its constitutional duties to the people.

“We, hereby, call on every meaningful Nigerians to step up advocacy on local government autonomy in the collective interest of our dear country,” it stated.