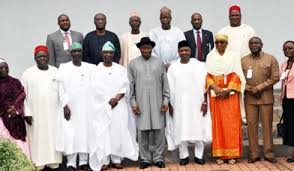 The National Conference has submitted its over 600 resolutions to President Goodluck Jonathan for implementation following its official winding up Thursday at the end Conference which lasted for about four and half months.The resolutions were containing in 10,335 pages report submitted to Jonathan in Abuja today by the Chairman of the Conference, Justice Idris Kutigi.Speaking at closing ceremony of the Confab, Kutigi said that President Jonathan never influenced the  outcome of resolutions of the conference saying that the conference was independents in their resolutions.The Chairman of the Conference said that all the conference resolutions were adopted through consensus adding that there was no time the conference was divided before adopting any resolution.According to him, we over came all  obstacles on our way. The debate were robust and during the conference temper did fly but we were able to resolve it. We approved over 600 resolutions some of dealing with issue of  policy and issues of constitutional amendment.Kutigi said,” when you inaugurated the 2014 National Conference on 17 March, 2014, we knew that we were taking on a tough assignment. If truth be told, most Nigerians did not believe that this whole enterprise was going to last this long or come to a successful conclusion.“we approved over 600 resolutions; some dealing with issues of law, issues of policy and issues of constitutional amendments. These resolutions did not deal with frivolous or inconsequential issues. We showed courage in tackling substantial and fundamental issues.“Time will not permit me to list all the critical and fundamental resolutions adopted. But let me emphasize this: all our resolutions were adopted by consensus. Not once did we have to vote or come to a division. This is a message that we wish the world to hear loud and clear. Nigerians are capable of not only discussing their differences but are also capable to coming up with solutions to these difficulties. “The magnitude of what we have done is reflected in our Report and Annexures of 22 volumes of approximately 10,335 (ten thousand, three hundred and thirty-five) pages. Mr. President, the official Report of the 2014 National Conference was also adopted unanimously.“In the post-independence history of Nigeria, there have been four Conferences, including this 2014 National Conference. However, Mr. President, our own task has been the most arduous. The following statistics graphically illustrates this. The 1978 Constituent Assembly had a membership of 230 people and met for 9 months. The 1995 National Constitutional Conference had a membership of 371 people and met for twelve (12) months. The 2005 National Political Reform Conference was made up of 400 delegates and met for 5 months. We are 494 in membership and you made us do all this work in 4½ months.”