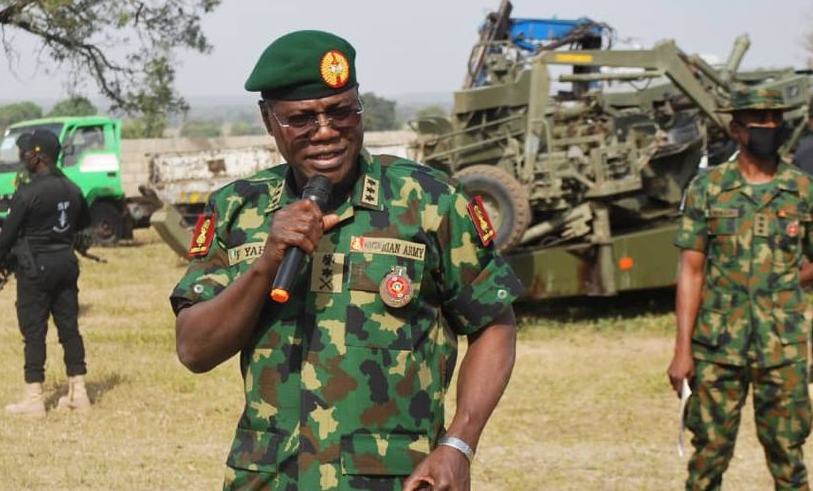 News Investigators/ The Chief of Army Staff, Faruk Yahaya, has commended troops of Artillery Corps and Nigerian Army Training Centre for their resilience and doggedness in combating insecurity in Niger State.

Mr Yahaya, a Lieutenant General, gave the commendation while addressing troops of the two formations during his maiden operational visit to Nagwamatse Barracks, Kontagora, Niger State.

He said his visit was to have an on-the-spot assessment of the situation in the location.

He expressed satisfaction with the high spirit displayed by the troops, urging them to sustain the current operational tempo by consolidating on successes recorded thus far.

Mr Yahaya assured them that he placed high premium on the welfare of officers, soldiers and their families and would not backtrack in promptly addressing their needs and challenges.

“It is in demonstration of his pledge to boost troops’ morale and motivate senior non-commissioned officers, to restore regimentation in the Nigerian Army,’’ Gen. Nwachukwu stated. (NAN)