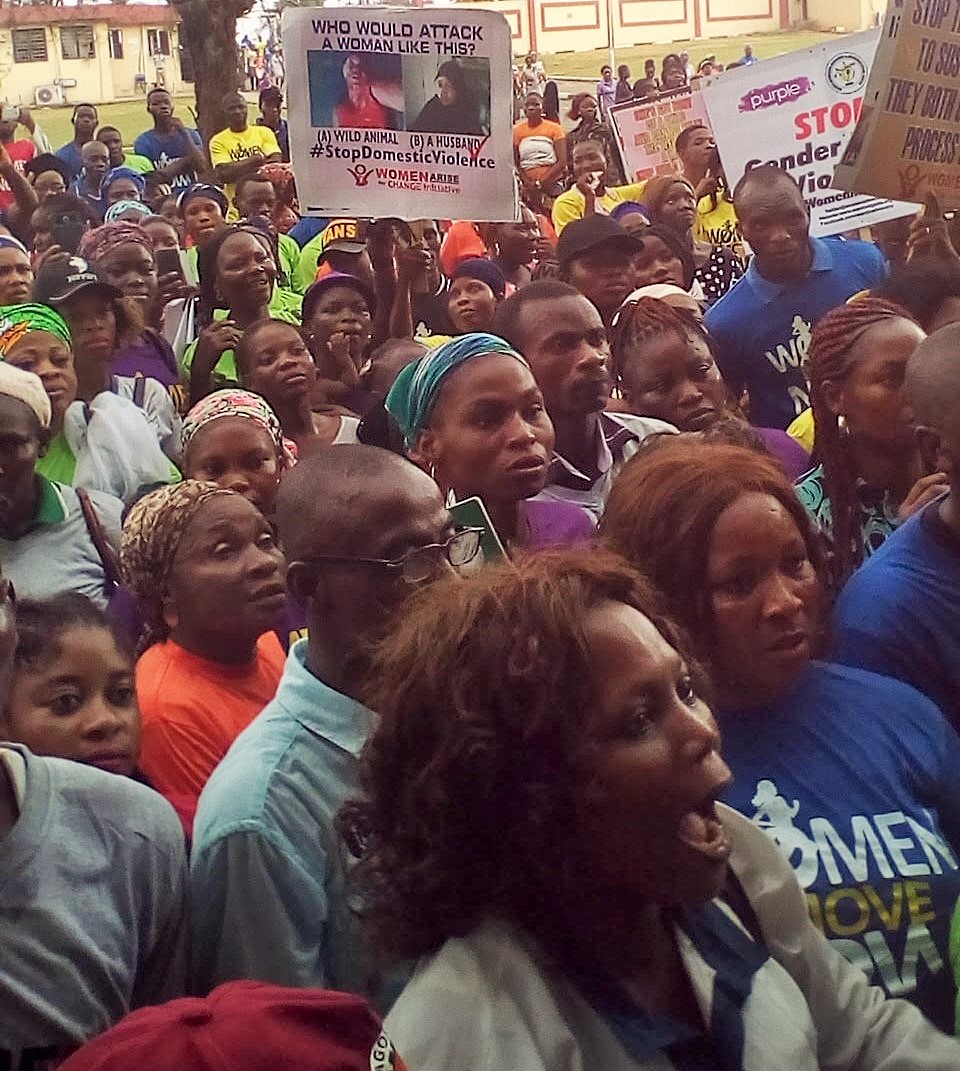 By Dipo Awojobi – It was a hectic day on Wednesday as some women stormed the streets of Lagos to celebrate International Women’s Day just as a coalition of civil society groups defied the light shower of rain to demand better life for women. 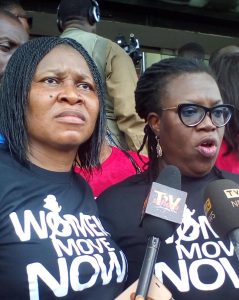 International Women’s Day is celebrated globally on 8th March, and this year’s theme is, ‘Be bold for Change.’
The Coalition, which was led by the Convener of ‘Women Arise,’ Dr. Joe Okei Odumakin expressed their disappointment with the failure of Governor Akinwunmi Ambode of Lagos State to address them, when they protested to his office.
The protesters, who chanted several solidarity songs, later went to the State House of Assembly, where the Chairman of the House Committee on Information, Hon. Tunde Braimoh received them on behalf of the Speaker, Rt. Hon. Mudashiru Obasa.
The placards of the women read: ‘Girl Child Education is a right,’ ‘Stop trading with girls to sustain the boy, they both come by same process of birth,’ ‘Trade goods; not the girll child, she is too young to trade,’ ‘Mama na boy? No taboo that she’s a girl!,’ ‘Educate a girl, empower a community’ among others.
In her address, Odumakin said, “Violence against women is on the rise. We realize that out of every five violence, one woman is a victim.
“Women are not slaves, they should be respected. We say no to rape, abuse of women and all forms of domestic violence.”
Odumakin also advocated that judiciary should be adequately equipped, “so that all the cases against women would be speedily addressed.”
The renowned activist further explained that women face discrimination as a result of their status, adding “the vulnerable group should be adequately catered for. Everyone of us must be bold for change.”
Also speaking, representative of Community Life Project, Ngozi Iwere stated that one of the ways to empower women in Lagos State was to publish the state annual budget.
According to her, Lagos State should make public its annual budget provisions as a way showing transparency as it is being done by the federal government.
Rotimi Sankore, who is representing African Development International, stated that out of the 40 members of the Lagos State House of Assembly, only four are women.
He added that out of the 42 members of the Lagos State executive council only seven are women, and that only one of the 24 members of the House Representatives from the state is a woman.
Sankore argued that the number of women in high places in the state is not a good development.
In his reaction, Braimoh said, “Today is a very important day in the anals of our calendar. We salute the doggedness of Dr. Odumakin and other leaders in charting a cause for the women, we identify with you as a parliament.
“I want to remind you that the House had promulgated a law against domestic violence. We are concerned about the issues on education, health, poverty alleviation, environment, child abuse, agriculture and others, and we assure you that we will continue to employ our oversight function on the executive to protect women,” he said.
He then promised that the House would continue to protect the interest of women at all times.