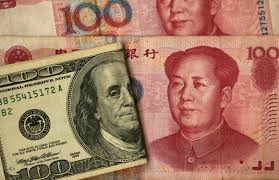 China on Tuesday pledged to defend its national interests amid threats from the U.S. that it might deploy new medium-range missiles in Asia following the collapse of a nuclear arms treaty.

Spokeswoman for the Chinese Foreign Ministry Hua Chunying, who disclosed this, said, “China will never sit idly by to protect its own interests, and will not allow any country to cause trouble in China’s ‘neighbourhood.”

She added that China would take “necessary measures” to defend its national security interests.

She then urged the U.S. not to take actions that would escalate political tensions.

U.S. Defence Secretary Mark Esper told reporters at the weekend that he would like to deploy more ground-based, intermediate-range missiles in the Asia-Pacific in the coming months.

The treaty, signed in 1987, however, only affected Russia and the U.S. and stipulated that they should both abandon land-based medium-range nuclear missiles.

Meanwhile, U.S. President Donald Trump has said that a new nuclear pact should include China, as it has nearly 2,000 ballistic missiles and cruise missiles that would have fallen under the agreement.