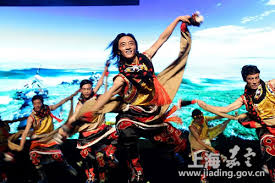 By Our Reporter – Ahead of its 2016 Chinese New Year festival, the Chinese Embassy in Nigeria has scheduled a special performance of its Qinghai Song and Dance Troupe in Abuja, Nigeria’s capital. 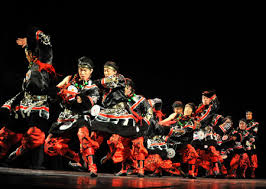 The event which is commemorating the 45 years of diplomatic relations between Nigeria and China will also feature performance by the Federal Capital Territory (FCT) cultural troupe.

The event scheduled to hold at NICON Luxury Hotel, Abuja on Saturday, 29th of January is a jointly organised by the Ministry of Information and Culture, FCT Council for Arts and Culture.

The Chinese Lunar New Year falls on February 8 this year.

It is an important Chinese festival celebrated at the turn of the traditional lunisolarChinese calendar. It is also known as the Spring Festival, the literal translation of the modern Chinese name. Celebrations traditionally run from the evening preceding the first day, to the Lantern Festival on the 15th day of the first calendar month. The first day of the New Year falls on the new moon between 21 January and 20 February.

The Chinese New Year festival is centuries old and gains significance because of several myths and traditions. Traditionally, the festival was a time to honour deities as well as ancestors.[2] Chinese New Year is celebrated in countries and territories with significant Chinese populations.