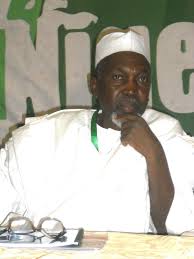 Northern Elders Forum had on Monday gave President Jonathan an ultimatum between now and October ending to produce the over 200 abducted Chibok girls or forget northern support should he decides to seek re-election in 2015.But, in a statement issue by the spokesman of the Northern Elder Council, Ambassador Yusuf Mamman, in Abuja Wednesday, NEC said the position does not represent the north’s stand, describing the statement credited to NEF as unfortunate and that any attempt to politicize the insurgency will not augur well for the country.The statement reads,” the Northern Elder Council appreciate and support the efforts of the Federal government in fighting against insurgency.

“It also appreciate the timeline as agreed by the council of states toward ending the insurgency and similar criminal activities across the country on or before the end of the year.“It is necessary to also appreciate our security agencies for unitiring effort and sacrifice to end the senseless killing of our fellow citizens. Terrorism as we all are aware is a global phenomenon and any attempt to politicize the insurgency will not augur well for the country.“It is time that we understand and fully appreciate the danger posed by this menace so that we put all hands on deck and cooperate with government and security agencies toward ending the scourge.“Insurgency does not recognize sectional, linguistic or cultural interest as it has no respect for them. To ensure that insurgency is nipped in the bud President Goodluck Jonathan has said that he will mobilize logistical and international support to ensure that our security agencies are fully provided of their needs to motivate them in surmounting the challenges posed by insecurity.“As a measure of concern, strategy and compassion, there is the Presidential initiative for the development of North-east region and insurgency victims fund all set up to cater for victims and respond to the challenges. Posed by insurgency.“Similarly, Nigerians and world at large are aware that the President held meeting with parent of Chibok girls assuring them of the safe return of their children. Management of such delicate and complex release of hostages presupposes the primacy of having the girls alive and well by tact and carefully planned and executed strategy to ensure success.”