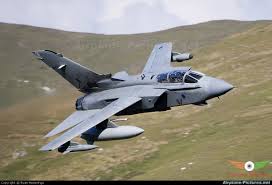 The defence headquarters on Thursday dismissed as untrue reports indicating that the Chadian military conducted air strikes against some terrorist camps in Nigerian villages, saying the reports are incorrect.

But the defence headquarters in a statement by defence spokesman, Major General Chris Olukolade, siad, “the claim that the Chadian military have conducted air strikes against six terrorist camps in Nigeria is not correct.

According to the statement, “the fact is that the Nigerian Air Force surveillance mission identified targets tagged as Camp 6 around Bosso town which  is not within Nigeria’s territory and alerted the partners accordingly.

“The places reported to have been struck by the Chadian are therefore most likely to be in Niger Republic and not Nigeria as widely reported in the international media,” it said.

“Although terms of the multilateral and bilateral understanding with partners in the war against terror allow some degree of hot pursuit against the terrorists, the territory of Nigeria has not been violated as insinuated in the reports circulated in some foreign media.

“The Nigerian military will continue to cooperate with partners in the mission to exterminate or contain terrorists strictly in conformity with existing terms of the Concept of Operation at strategic, operational or tactical levels.

“It’s however important that issues are accurately reported while avoiding misleading or unnecessary sensationalism from any quarter,” it added.