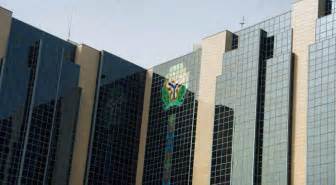 (News Investigators)/ Central Bank of Nigeria (CBN) on Friday said it is in partnership with churches and mosques in the promotion of financial literacy in the country.

Financial Literacy otherwise called financial education is a possession of skill or knowledge which allows an individual to make informed decisions with his resources.

Such persons also have wherewithal to deploy the resources for self-sufficiency, personal financial stability, ability to save as well as to have capacity to distinguish between needs and wants.

Mr. Salam-Alada said the apex bank had organised outreach programmes to educate members of some faiths based organisations with a view to educate them on the programme and the need to key into it.

He said for effective sensitisation, CBN decided to use such religious organisations because of the spiritual and religious nature of most Nigerians.

“CBN is now partnering with faiths based organisations like churches and Islamic organisations on the Train-the-Trainers to promote this programme.

“We are developing a lot of materials on this and we have also trained a lot of master trainers on this project.

“Financial literacy is important because it help individuals to make investment decision and equally help in planning for retirement,” he said.

The director also added that there was need for all work places to also key into the project and embrace the financial literacy programme by the CBN.

He said being financially literate was different from acquiring normal education as some people were educated but financially illiterate.

According to him, CBN is ready to work with any organisation willing to set up an in house financial literacy programme.

He further stated that when financial literacy was achieved, it would help to boost financial inclusion in the country. (NAN)