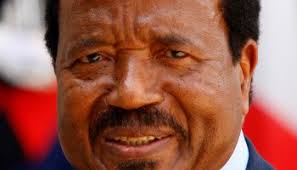 He was allegedly abducted on Friday January 5 by armed men from Cameroon, with nine others at about 19:30 pm in a Hotel in Abuja.

Recalled that Southern Cameroon’s Ambazonia United Front (SCACUF), a self-determination movement had last year announced the formation of an Interim Government known as Federal Republic of Ambazonia, after more than a year of crisis in the Anglophone part of Cameroon, with Mr. AyukTabe as interim president.

Cameroon’s President Paul Biya had maintained that La Republique du Cameroun is “one and indivisible and intends to remain so”.

A statement by Ambazonia’s Secretary of Communications and IT, Chris Anu, made available to News Investigators by APO said Mr. AyukTabe was arrested at a meeting in Abuja, stating that “the Nigerian Government has been notified of the incident and it is currently investigating the situation.

The statement “strongly condemns the abduction of President Sisiku Julius Ayuk Tabe and nine other officials by gunmen from la Republic du Cameroun at about 19:30 pm in Nera Hotels, (Ekwueme Road), Abuja Nigeria on January 5, 2018. This criminal abduction happened during a meeting being chaired by H.E. Sisiku Ayuk Tabe.” 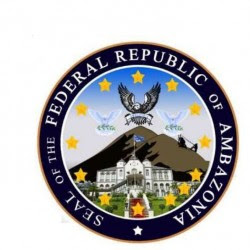 We call on the Nigerian government to guarantee the security of the more than 20,000 Southern Cameroonian refugees in various camps in Nigeria.

“The President and his team were in a High Command meeting in Abuja, Federal Capital Territory of Nigeria at the time the Cameroun Gunmen showed up at the Hotel. The meeting started at around 5pm, Nigerian time. At around 7:30PM, the gunmen came into the Hotel and abducted all of them including the President,” the statement added.

According to Mr. Anu, “the meeting was scheduled to discuss the Southern Cameroons Refugee crisis in Nigeria and to galvanize relief support for housing, medical and feeding in anticipation of the approaching rainy season.

“It called on all Southern Cameroonians to remain calm while the investigations continue.

Southern Cameroonians continue to be victims of extra judicial killings orchestrated by President Paul Biya and his henchmen.