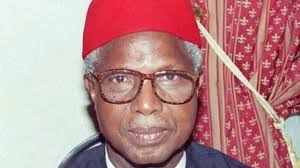 By Sadiq Umar – President Muhammadu Buhari on Monday extolled the virtue of the late former Vice President, Alex Ekwueme, saying his unwavering commitment to the unity of Nigeria had been a major encouragement to many governments. 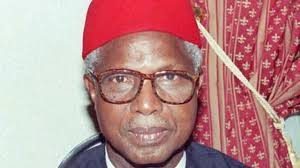 In a statement by his Special Adviser on Media and Publicity, Femi Adesina, the President who extended his condolence to the Government and people of Anambra State, commensurate with the entire Oko Kingdom, the Aguata Council of Traditional Rulers, and the Ekwueme family, over the loss of the family’s patriarch.

He said the deceased’s regular counsels on national issues and mediation for peaceful co-existence would be sorely missed.

“The President affirms that Dr Ekwueme’s unwavering commitment to the unity of Nigeria had been a major encouragement to many governments, recalling the personal sacrifices he made in helping to lay the foundation for sustainable democracy in Nigeria.

“President Buhari believes Dr. Ekwueme worked assiduously to improve the livelihood of many poor and underprivileged people through the Alex Ekwueme Foundation, describing him as a man who served his country and humanity.

“The President prays that the almighty God will receive the soul of the former Vice President and grant his family the fortitude to bear the loss” Mr. President said.

In his message, former President Shagari who was Dr. Ekwueme’s boss at the Presidency (1979-1983) described the late Nigerian Leader him as a brother and a humble Nigerian who contributed in various capacities to the nation’s development.

“It is with a deep sense of loss that I learned about the demise of my brother and former vice president” Shagari stated in his Sokoto home state.