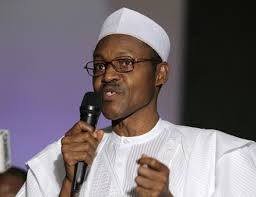 President Muhammadu Buhari has ordered the immediate release of $21 million to the Multi-National Joint Task Force’s (MNJTF), as part of his determination to confront the Boko Haram menace headlong.

The amount which is to be released within one week is part of Nigeria’s $100 million pledge at the extra-ordinary summit of the Lake Chad Basin Commission and Benin held in Abuja last week.

Buhari who disclosed this at the 25th African Union Summit in Johannesburg, where he chaired ‎the Peace and Security Committee (PSC) at the weekend also called on African leaders to put the interest of the citizens above personal interest.

The President said the conflict in Sudan and Burundi is at the centre of agenda of the AU meeting, pointing out that the matter has to be put in context.

Buhari noted that the crisis in those countries was largely owing to internal bickering among its leaders.

He commended the cooperation of Nigeria’s neighbours –Chad and Cameroon in tackling Boko Haram.

“The boko haram insurgency has extended it’s reached to Nigeria’s neighbours but is not necessarily limited to these immediate countries as terrorism is a global phenomenon with linkages across the globe,” he said.
Given this dimension of global terror it requires to act according in brotherhood and partnership to fight our common goals against agents of evil.

“I’m pleased to note that Cameroon, Chad, Niger, are demonstrating this secret, they are fighting alongside Nigeria under the umbrella of Multinational Joint Task Force to defeat Boko Haram.

“In this regard, the member countries Lake Chad Basin Commission and Benin, met recently where far reaching decisions were taken to immediately put into operations the Multinational Joint Task Force.

“To this end, the summit approved the immediate provision of $30 million for the Multinational Joint Task Force.

“Consequently out of the pledge of $100 million which Nigeria made to Multinational Joint Task Force, I have directed that $21 million be released within the next one week”.

President Buhari, recalled that the AU had in 2013 during the 50th anniversary celebration of the union, African leaders had committed themselves to the objective of silencing the local guns in Africa by 2020.

“With just five years remaining, the prospect of realizing this objectives looks doubtful within individual countries and the continent as a whole,” Buhari said.

“In particular, we are witnesses to the rampant destruction of homes, roads, communications lines, vital infrastructures and displacement of persons not to mention terrible loss of lives.

“This is true I must add of the north east of Nigeria where we are dealing with the scourge of boko haram”.

“Today’s meeting of PSC, which is to discuss the situations of South Sudan and Burundi, requires us to put these situations in proper context. The people of these countries are suffering while their political leaders are bickering among themselves.

“I believe that is incumbent upon us as leaders to always place the interest of our countries above narrow and personal interest.

“It is therefore my expectations that at the end of this summit, the PSC will come out with a united message to call on all parties to act in the interest of their people and the entire continent.