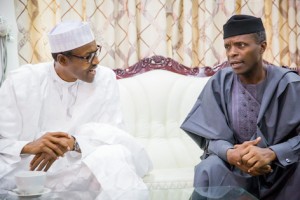 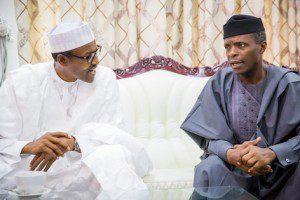 President Muhammadu Buhari has announced a pay cut 50 percent off his salary entitlement in line with the administration’s plan to reduce the cost of governance.

By this decision, Buhari would collect only half of the salary received by his predecessor President Goodluck Jonathan.

In a statement by the Senior Special Assistant on Media and Public Affairs, Mr. Garba Shehu, Friday, the Presidency said Vice President Yemi Osinbajo followed suit by giving up half of his official remuneration.

According to the statement, already the Office of the Secretary to the Government of the Federation had been notified on Thursday by the Permanent Secretary of the State House, Nebolisa Emodi in a letter with reference number PRES/81/SGF/17.

“I write to forward the completed IPPIS registration form of Mr. President and to draw your kind attention to Mr. President’s directive that only 50% of his salary be paid to him.”

The current annual remuneration of the President of Nigeria as published by the Revenue Mobilisation Allocation and Fiscal Commission is N14, 058,820.00.

It would be recalled that some state governments including Kaduna have also announced pay cut for political office holders in their states.