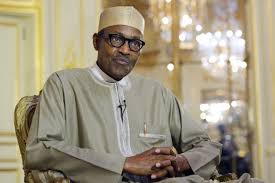 By Tom Garba – A Nigerian residing in the United Kingdom (UK), Digi Wadzani has reaffirmed that President Muhammadu Buhari is hale and hearty, even as he disclosed that the President is under the watch of the British Secret Service officials.

Mr. Digi who made a name in the world of sports and now a grassroot politician in England, spoke against the backdrop of widespread rumour of ill-health or death of the President.

According to him, he visited Mr. Buhari in a private hospital in London and discussed with the President matters of national interest. He said he was surprised to meet him in a good state of mind and that he was physically agile.

“He is healthy and happy. There are British Secret Service looking after him and barred use of phones and cameras except by the consent or authority of the president.”

According to him, Mr. President remain grateful to Nigerians for their prayers.

He said the President however acknowledged the concerns raised by the people, while noting that the country is practicing democracy where it is a right for people to freely express their opinion without fair or favor.

“He gave me his word that he will look into Madagali and Michika but he believes that Governor Bindow is doing well to address issues of concern which i disagree.” Mr. Digi added.