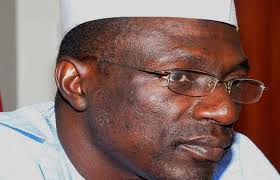 By Dipo Awojobi – Following the sealing off of Sharks Stadium venue of its National Convention by the Police, the Peoples Democratic Party (PDP) on Wednesday afternoon held a meeting inside the Government House, Port Harcourt, Rivers State and postponed its convention.

During the meeting, the party extended the tenure of the Senator Ahmed Makarfi-led Caretaker Committee by another 12 months.

The meeting has gone into a closed-door session. Journalists to be briefed later.