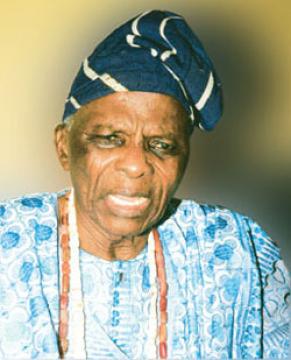 Latest report from the University Teaching Hospital (UCH) where the Olubadan of Ibadanland, Oba Samuel Odulana, Odugade I, was earlier confirmed dead by a palace source, said the centenarian is now showing a sign of recovery from coma.

The sources in Ibadan said, the Olubadan who had been in coma for the past three days, passed on this morning at the age of 100.

The news came barely 24 hours after the the ancient city was thrown into mourning following the death of a prominent Ibadan son and billionaire, Alao Arisekola.

There has been panic among  Ibadan traditional chiefs and some concerned members of the public when the  rumour went round that the 100-year-old monarch had joined his ancestors earlier in the week.

The people of Ibadan celebrated the centenary of Oba Odugbade, recently in style drawing indigenes from home and abroad.

No official statement has been made by the office of  the Olubadan on the latest development.

Few hours after a palace source at the UCH confirmed the passing away of the Olubadan of Ibadan, Oba Samuel Odulana, latest reports said the ailing centenarian is showing a sign of recovery from coma.

Oba Odugbade has been in coma for three day until the news of his death broke out earlier today.

The aged monarch has been rumoured dead many times in the past. In 2012, news of his death spread like wide fire but was later denied by the office of Olubadan in council in a press statement.