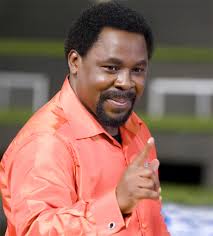 Not fewer than three persons have been killed when an uncompleted building belonging to the Synagogue Church of All Nation collapsed Friday afternoon at the headquarters of the church in Ikotun, a Lagos surburb.

It is feared that the casualty figure may increase as the rescue operations continue.

The spokesperson of the National Emergency Management Agency (NEMA) in Lagos, Mr. Ibrahim Farinloye, said the collapsed building was a 5-storey, which was initially a two-storey complex.

According to him, “three additional floors are being constructed when it collapsed at about 1 p.m. Emergency team rushed to the scene but three people were already dead before their arrival, Mr Farinloye added.

He said fifteen people were rescued alive, and rescue effort was still ongoing as at the time of this report.

Farinloye, who lamented that church members were hostile and uncooperative with emergency officials, said several others are still trapped underneath the building.

It was gathered that the affected building as at the time of the incident housed about 70 people, among of whom were worshipers, visitors, from within and outside the country, church members and workers.

Eyewitness account said a military helicopter was sighted hovering around the area, while police and medical workers have also arrived the scene.

It was also gathered that the dead located for now, have been conveyed to the morgue of the neighbouring Isolo General Hospital , Lagos.